So You Proposed To A Cam Girl

Another little bit of drama appeared on the timeline recently.

A fairly large account, Achilles, announced he was proposing to another e-girl on Twitter. Who after some digging by anons, it turns out, was a former Cam Girl and single mother.

The response to this in manosphere twitter was nothing short of predictable. He was bullied and mocked for his decision so much that he offered he would “reconsider” his engagement. But this did not satisfy the mob. Ultimately the heat was so much he deleted his account.

MedGold had the following to say on what transpired: 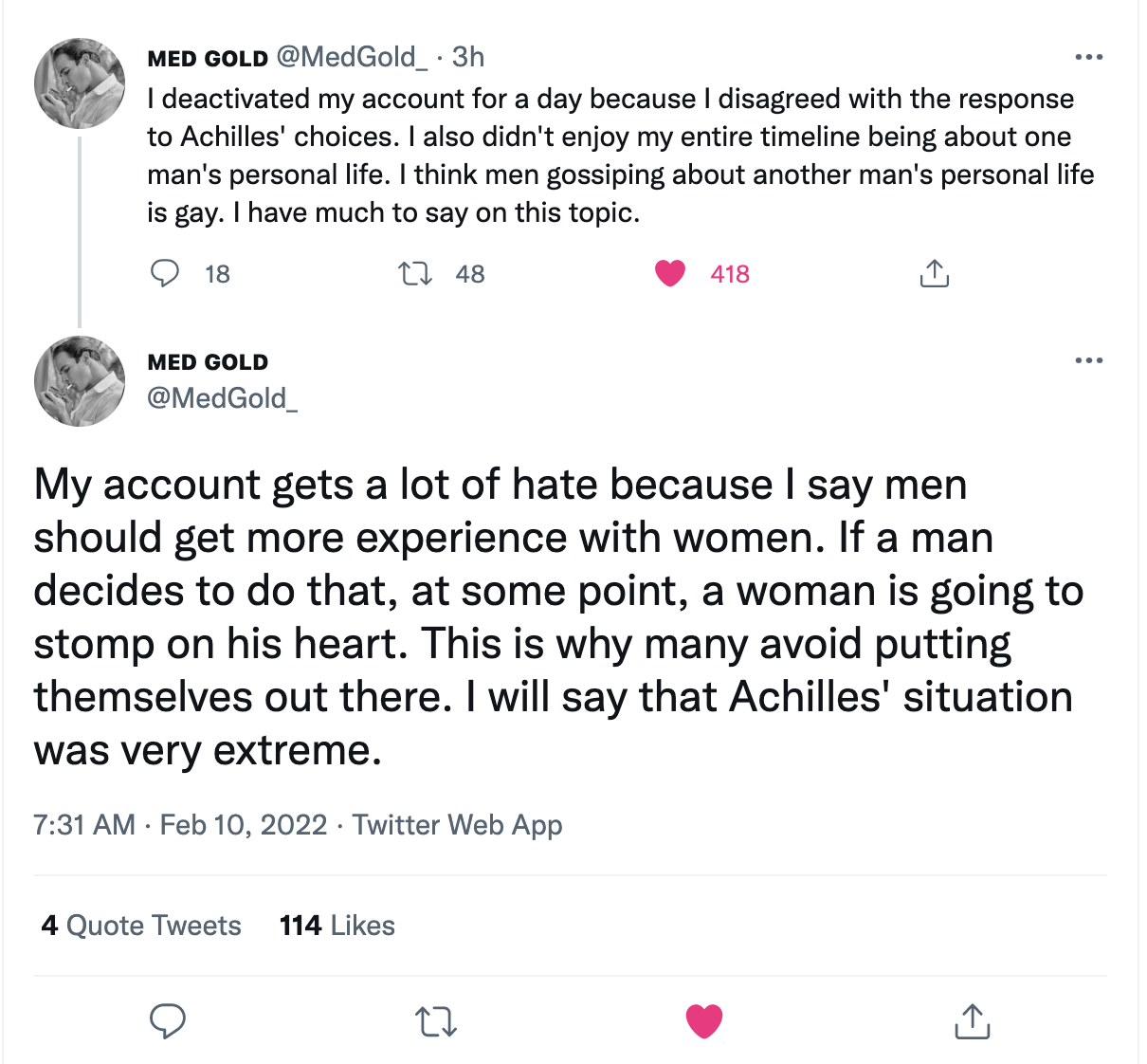 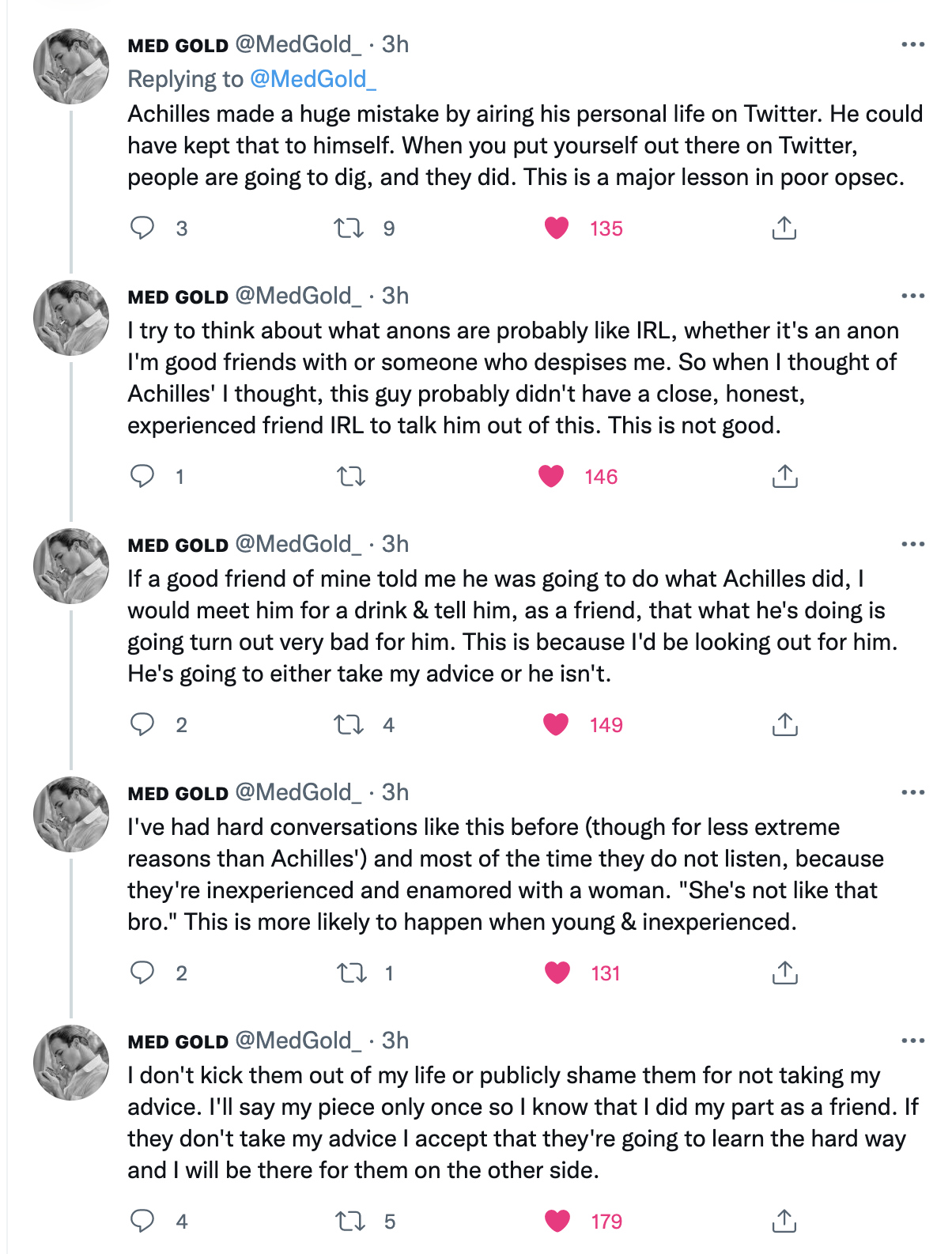 What do I think about the situation?

So what would prompt a trad guy to commit to such a woman so seriously? The formula is in fact not so complicated. All it takes is playing the bird with the broken wing, a bunch of extra affection, and some excellent sex.

You see, as tough as most guys act, men are pretty easy to manipulate by and large. Women have been doing it for millennial. If a woman can identify a man’s wound and cater to it, the man becomes blind to her faults. She could be the town whore, but if she makes him feel important and desired like no woman has before, he will claim she’s changed; her actions are in the past, and were just mistakes.

Unfortunately these situations rarely work out well. I have worked with too many clients who have married such women when they were young and naive. The modus-operandi of them is to “love bomb” such men and appeal to their inherent savior complex. To leverage their compassion into commitment: a reputational shield.

Once married, however, the script flips. The sex dries up, and the abuse begins. Which is understandable. Trauma cannot stay hidden forever, and women of the streets get tired of being put on a pedestal by their man. They know who they really are. And so they punish him for his weakness and ignorance in choosing her.

As Med says, the real tragedy here is Achilles had no friends in real life to tell him this. But I do not blame Achilles for his poor judgment. Indeed, many of his detractors are far worse. To quote:

If a man decides to [get experience with women], at some point, a woman is going to stomp on his heart. This is why many avoid putting themselves out there.

Too true. Yet in the manosphere such avoidance is commonly disguised as wisdom.

The fact of the matter is, a lot of the men who claim they would not end up with a damaged woman are correct simply because they will not end up with any woman. They are “blackpillers” — the ones who have given up on trying to navigate dating because the fear of getting burned is too great. Most of them will end up alone. The ones more honest about their pain consider becoming gay. 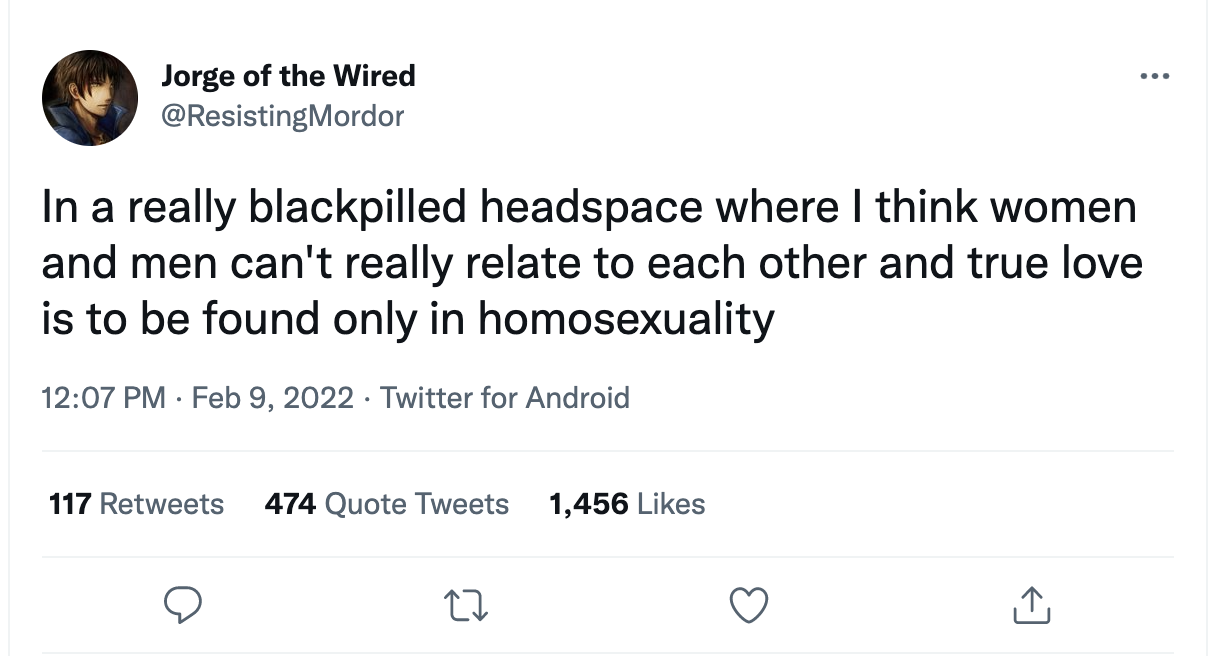 I appreciate that there are individuals who cater to these crowds. But I do not have time for them. There is a certain level of agency a man must rise to before he is able to work with me. If you are too weak in spirit to do anything but feel sorry for yourself, I will leave you to your fate. There are plenty of grifters out there to coddle you and tell you what you want to hear.

I choose to support the fools over the cowards. At least the former takes some risk — at least he lives. Whether I must pick him up after his desecration — when the scales fall from his eyes — or if I can guide him before and save him some pain is no matter.

I am here to aid all men who are willing to change.

Those seeking my help can apply here: www.patstedman.com/application