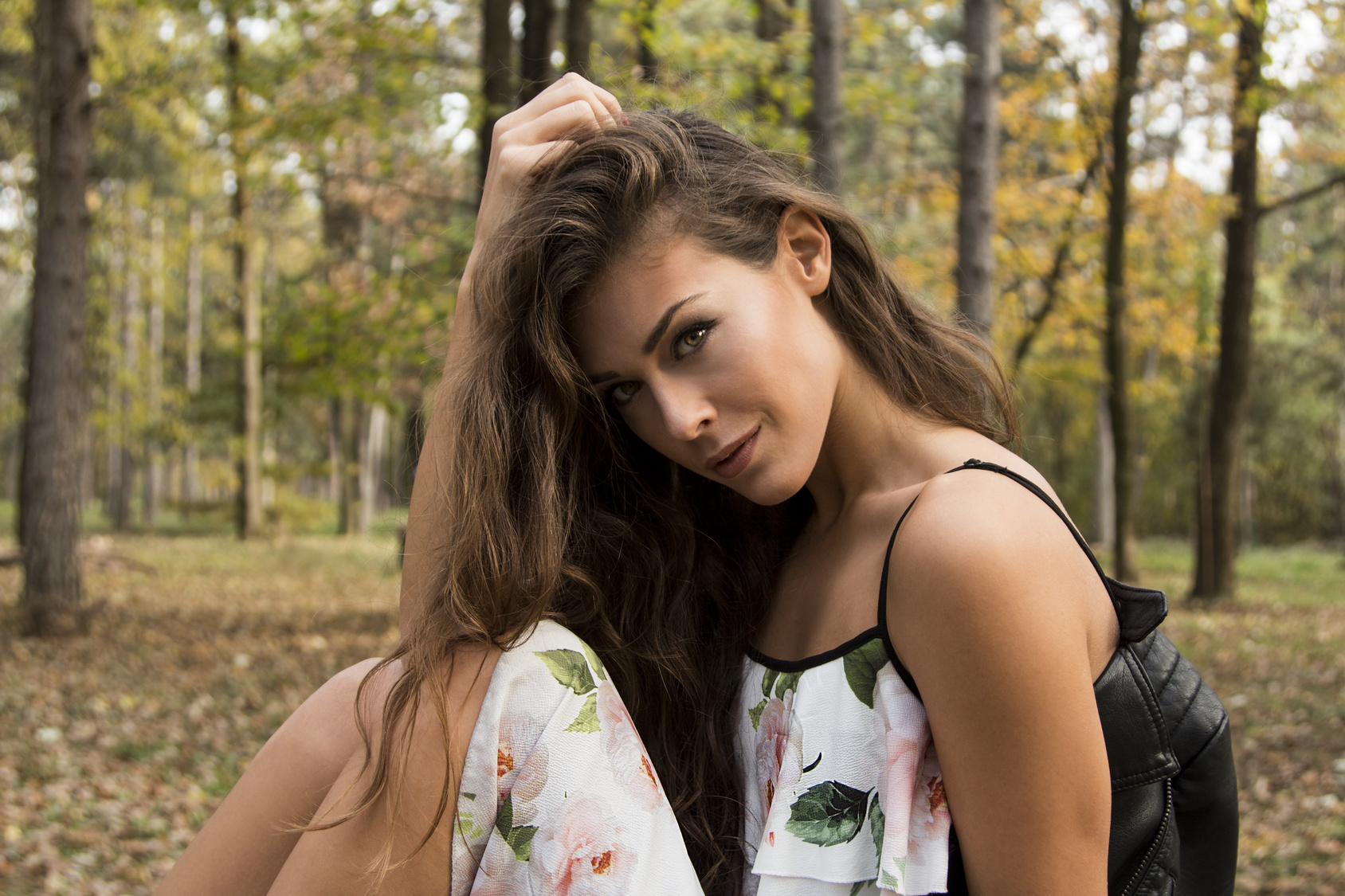 Recently I was catching up with a friend who was trying to decide whether or not to “shack up” with a girl he was dating. “She’s so great,” he told me. “But I’m not sure if I’m totally into it. She’s a few years older than me and wants kids soon, and I’m just getting my life together. Still — she’s so supportive and sweet, it’s hard.”

It is hard. Especially when the girl’s got (like this one) good game.

We’ve talked here before about the difference between personality and persona when it comes to attracting women. But even though both men and women alike think about game mostly as it pertains to men, a killer persona is not a single gender’s trait.

Men and women both have their game.

And while my friend will likely do the right thing and break things off with this woman (who on a visceral level he is clearly not really into), he is indeed under her spell and struggling to break free.

I have been there before and know the experience.

It takes time and an observant and dispassionate eye to take a girl with great game off a pedestal and see her behavior for what it is: a highly enjoyable ruse.

To Know Thy Enemy, Know Thyself

Women are not the enemy, but it is useful to think of a girl’s persona in adversarial terms, as it is fundamentally manipulative. This is not necessarily a bad thing: a good persona on a girl whose personality you truly connect is wonderful — it makes the interaction all the more fun.

But on a girl that is not right for you, falling for a girl’s persona can lead to ruin.

Unless you have a strong frame to enforce it, Persona is rarely long-term, it is an affected — conscious or subconscious — behavior that fades as the power dynamic shifts in her favor. And make no mistake: that is exactly the end goal of her game.

Successful girl game operates on the two key vulnerabilities of a man: his need to feel taken care of / cared for like his mother did (or should have done), and his need for sex. The former operates on the comfort aspect of attraction; the latter on desire. Most girls emphasize one of these aspects over the other — this is their natural strength and disposition. The apex killers utilize both.

Few men truly realize how weak they are in these areas. They rarely see the emotional infiltration as it is occurring, because the nature of girl game is to make a guy feel like he is in control.

Girl game is highly feminine, and since masculinity and femininity operate on a yin-yang basis, the more feminine a woman acts the more masculine a man will act himself — and perhaps more importantly, feel. And since feeling masculine makes men feel more attractive, it gives men the delusion of being in the catbird seat.

This couldn’t be more wrong.

“You Just Have To Keep His Belly Full And His Balls Empty, And He’ll Never Leave You”

Ben Settle, copywriting genius, for some reason used to begin his podcast with a clip of himself saying the quote above. But funny and crude as it sounds, this adage has been around for ages: because it’s the cold, hard truth.

A pretty girl (hell, even a not-so-pretty girl) who fucks a man’s brains out and always “wants it” is usually enough to entrance most men. But combine that with sweet notes here and there, having a nice dinner prepared for him when he gets home, and regular ego boosts about how great he is, it’s game over. The vast, vast majority of men will be unable to resist — especially if they have not received such treatment before. They will rationalize and even guilt themselves into staying with such a girl, because they are having their emotional and physical needs met on a level they didn’t think was possible.

This is especially the case if she’s cunning enough to give the man space at key moments. This mitigates the impression she’s trying to get something from him and nips in the bud any signs of desperation. It also, most importantly, allows the man to make the decision to be with her “on his own.”

Smart women know that trying to push a man into a relationship only pushes him away. Good girl game is all about getting a man addicted, making it clear what she wants, and then implicitly threatening to take it all away by being just a teensy bit more scarce.

This is, truly, an art form. When done correctly men will suddenly decide they want to commit — and not just commit but really commit. They’ve been falling for the girl subconsciously for awhile now, and making the conscious choice to be with her resolves their cognitive dissonance, resulting in a flood of bonding emotions.

It’s so sad that’s exactly when things begin to change.

A girl’s game can yield insights into elements of her personality, but fundamentally girl game is nothing more than female sexual strategy. Whether it’s commitment or some sort of other behavior that’s their end-game, women put on their girl game to influence and ultimately control their man.

As Rollo Tommasi says, men are the real romantics. Men think when they give the girl what she wants they will be rewarded with even more of the good stuff they were getting. They think by committing the fun is just beginning.

The truth is the opposite.

Once a girl has what she wants she has no need to put on girl game. Despite what men fantasize about (even when they know better), there is a 99% guarantee after a man commits in a relationship a girl’s game will decline. The sex will decrease, and the kind, spontaneous gestures will become more rare. Persona fades, Personality comes to the fore. The relationship will ultimately succeed or founder based on the strength and compatibility of the latter.

There are two ways how.

Healthy and aware individuals realize Persona is important to maintain in a relationship. When you stop “gaming” each other, you lose the passion. These people work consciously — and I say people, not women, because this ultimately has to occur in tandem — to increase their respective masculinity and femininity in the relationship. They realize what is important to the other partner, and realize that if they give their partner what they want, they will also get their needs met.

Women who do this are rare, and in a large sense fight against their biology (not to mention culture) which is telling them they can chill. But those who do are happier. Because if a woman is with a self-aware man who is for his part acting more masculine and assertive, they will gradually fall into a positive feedback cycle. Many marriages on the brink speak of their renewal as occurring in this way.

But this approach takes time, and it is almost always reactionary in nature. While far better than doing nothing, even better would be for it to never happen at all.

Option #2: Frame The Relationship Correctly From The Outset

The reason a girl drops her game the second a guy gets into a relationship is simple. She no longer views the man as the prize — or if you prefer, he was the prize, and now she’s got it. No need to work for something you already have.

This is a major reason why some men recommend dating a bunch of different girls at the same time or maintaining non-exclusive relationships, as that way you’re always (at least on a subconscious level) being competed over. Makes sense, and from experience I can say this is accurate.

But you can get many of the benefits of this in a monogamous relationship by entering it from a position of strength, not weakness, and maintaining that frame over time.

How do you do this?

(though not necessarily easy)

First, understand viscerally the unspoken agenda of control that comes with girl game and reject it. Read this article over and over again until you internalize how girl game operates. Refuse to be manipulated by it. Girl game’s goal is to break a man to her will. You can and should enjoy the pleasures it brings to your life, but you should never allow it to have power over you. Feminine gifts are like a forbidden fruit: the more you crave them, the less you will get them. Like most things in life, they come to those who deserve them not to those who need them.

If you decide to get exclusive with a girl it must be on your terms. Do not be shaken by her implicit threats to go elsewhere. If you lose her girl game to another guy, it can be replaced. (Chances are, however, your lack of concern about losing it will keep her around longer). You choose commitment in your timeframe based on two and only two things: Her personality and long-term compatibility. Girl game may be a prerequisite, but you are not getting with her *just* because you are having mind blowing sex. You are getting with her because she is the best pick for *your* goals on multiple levels.

Of course, that’s all well and good in theory. But if you want to keep her around and have that sort of leverage you need part two: become a man she can’t afford to lose.

No, I don’t mean that financially (though that certainly helps). I mean make sure your value is so high she knows another girl would swoop you up if she got complacent. Make sure she knows you know it. Make sure she feels comfortable with you, but not so comfortable that she takes you for granted.

Feminine girls like to please men they respect. And while some girls are by nature more sexual, submissive, and more naturally pleasers, if you give a girl the full spectrum of what she wants (which paradoxically, includes not always giving her what she wants), you’ll incentivize her to keep up her game.

It won’t be like it was at the beginning.

But it’ll be pretty close.

PS If you liked this article, leave a comment below! Would love to hear YOUR experience with girl game.