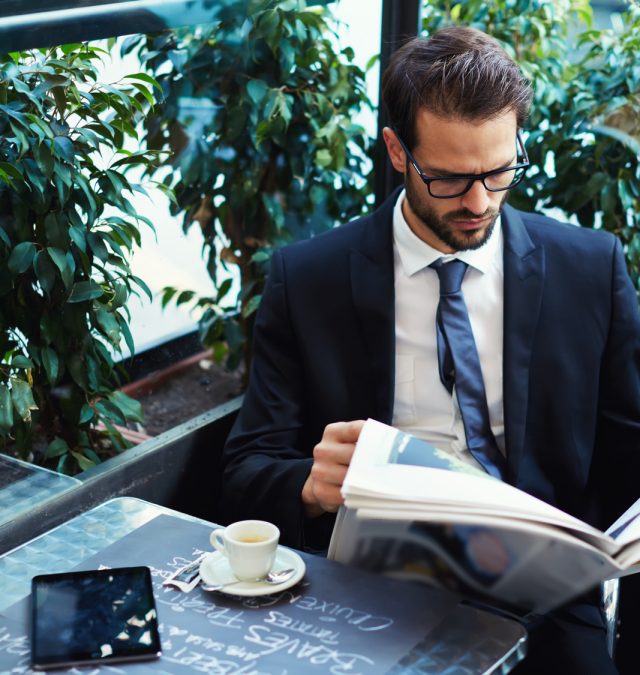 In the “manosphere,” two main types of men are bandied about frequently.

These archetypes are simplistic, but often useful:

Many of you may be familiar with them, but for those who aren’t, the concept behind these archetypes is simple.

(Warning: This post is going to be laden with loser jargon like the above. If you hate it, either don’t read it or suck it up and accept that sometimes lame labels are necessary. I promise, you will learn something!)

The 2 Types of Men

“Alphas” are what guys in the Pick Up community obsess over becoming. And for good reason: they are the men women are sexually attracted to. They know how to trigger desire in women. They are often assholes, and always at the very least indifferent to a woman’s opinion of them. They live life on their own terms, are aggressive and dominant, and pass women’s “tests” with ease.

In the Lover / Provider paradigm, Alphas are the lovers. They are frequently called “bad boys.” They sleep with women fast and have an abundance of other girls they can hook up with, which they often do. As a result, women do not feel secure in their relationships with them. Whether it’s from a financial, fidelity, or attitudinal standpoint, many Alphas simply do not create a stable living or relationship dynamic for the women in their lives. As a result, these relationships tend to be hot and volatile.

Women crave Alpha males as Alpha males “get” female sexual psychology. But Alpha males don’t give women everything they need, so in time, many women leave.

Betas are completely different. Betas are the men women feel emotionally secure around. They know how to trigger comfort in women. They are accommodating, often successful guys who really try to make the women in their lives happy. They run their relationships with women with a consensus-based approach (sometimes even a women-dominated one). They are team-oriented, duty-bound, and cooperative in nature. Yet even if they are respected (not a guarantee), women do not get very turned on by them. This is even the case if they are high-status.

In the Lover / Provider paradigm, Betas are the providers. They are frequently called “nice guys.” Women make them wait for sex, and unlike Alphas, Betas tend to strongly commit early to women – in no small part because the women demand it. Sadly, women often take these guys for granted and get bored in their relationships. The Beta’s passive and supplicating attitude creates a safe, stable dynamic for women, but one that is dull and unappealing romantically.

These two archetypes can be thought of as different dimensions on an x,y graph. Men can be the best of these two traits combined, aka the “goldmine” for women (often known as “Alpha Provider,” “Gamma,” or “Good guy.”), or they can be the worst of them combined – Omegas (aka losers) – who have zero success or appeal to women.

Can You Change Whether You Are Alpha or Beta?

Men may have an inclination towards Alpha or Beta based on genes and upbringing, but I want to emphasize something very clearly: men can change where they end up. Our actions and attitudes 100% in our hands.

Yet it’s equally important to understand: very few people are purely “Alpha” or “Beta.” Most guys are a combination of the two, and simply lean towards one.

For instance, some guys may be “Alpha” in the bedroom but “Beta” in social settings. Other guys might make their girl comfortable financially but uncomfortable around other women. Rarely is it clear-cut; indeed, frequently someone’s “alphaness” changes based on the situation.

Getting too hung up on whether you are “alpha” or “beta” is thus not only lame, but incredibly stupid.

The key here is not to get into circle jerk debates about your status, but to understand female psychology and the respective male personalities women are drawn towards. Women want comfort and desire at the same time. So while Alpha certainly sounds better than Beta, in truth, neither one is the ideal. The Alpha gets laid but lacks the ability to keep women in his life long term. The Beta has the opposite problem (although there’s a good chance he might get cheated on).

We’ll talk more about what sort of guy you want to be (hint: we already mentioned it), but let’s take a look at the female side of the equation. While Alpha and Beta have been discussed ad-nauseam, rarely do people talk about the corresponding types of women.

The 2 Types Of Women

Alpha women – like Alpha men – are rare, but hard to forget. These women are confident, seductive, passionate, and sexual. They know how to flirt, fuck, and play the game, and they know how to make a guy obsess over them by delaying gratification and playing hot and cold.

If a guy is not careful, he can very easily lose the frame around these women. He must be aware of their wiles and keep a steady mind. “Alpha” women are dangerous: they know exactly what buttons to push, how to get a guy thinking about them all the time.

Many otherwise sane men have fallen hard for these girls, and have been emotionally chewed up and discarded in the process.

Beta women, on the other hand, are like Beta men. They are reliable, supportive, helpful, and loving. They know how to take care of a guy, run a household, be a good wife and mother, but they struggle to really fulfill their men emotionally and sexually. Men are frequently devoted to these women, yet sadly, not turned on by them.

Dating these women entails risks for guys too – albeit of a different sort. These women can sentence a guy to permanent frustration and dissatisfaction.

Guys are often logically happy with such women, but feel emotionally and sexually unsatisfied over time. Inevitably, they will face a dilemma: suck it up or break their hearts. The experience is ridden with guilt, regret, and is never fun.

If you break it down, the motivations for men when it comes to these women is simple and harsh:

They want to fuck Alpha women and marry Beta ones.

David Deida touched upon these archetypes of women in his groundbreaking book, The Way of the Superior Man. In it, he status that some feminine women are “hot”; others are “cool” – and over a lifetime, a man’s preference for each type of girl will shift based on where he is at.

Though the parallels between these women and “Alpha” and “Beta” are not identical, the sentiment is the same. “Hot” women know how to trigger a man’s romantic emotions and sexual drive. They are passionate. “Cool” women know how to make a man feel supported and loved. They are dedicated.

Have you experienced these two types of women?

The Madonna-Whore Complex And What Men Want From Women

Men and women both suck at being satisfied with their partners.

Women grapple between lovers and providers; men suffer between “hot” and “cool” women.

Indeed, many men – particularly from sexually repressed cultures – struggle so much with their conflicting desires that they rigidly categorize and pursue each type of woman separately.

This is known as the Madonna-Whore complex.

Understand: although all men want a nurturing and seductive woman at the same time, these “Madonna-Whore Complex” men do not try to find women who play both roles. Indeed, they don’t believe women should be both a “madonna” and a “whore.” Instead, they pursue a pure, virginal, supportive, motherly figure for their wife… all while craving and seeking out filthy, sexual, women for depraved sex.

These men put their wives and some select women on a pedestal, desexualizing them, and turn their depravity towards “fallen” women. Many if not most of these men cheat, and nearly all are misogynists (I do not use that term lightly).

These men are like golddiggers in their own way. Just as golddiggers seek out a guy for financial and social stability while cheating with Alpha males on the side, these guys want one girl for the family and stability, and other girls to fulfill their desires.

Their mindset is not healthy, and in the end, all they succeed in doing is attracting the wrong types of girls.

Yet I do not bring up the Madonna-Whore Complex simply to berate it; rather, to illustrate why it exists in the first place.

Hard as it may be for women to accept, all men experience this dilemma to a degree.

We all want a loving, virtuous woman as well as a sexual, unrestrained one.

We want to feel secure in our woman and yet a little seduced by her.

We want our girl to be upright and also on her knees.

Some men may have a preference for one over the other, but both drives are always there. This is why men – whichever type of girl they choose – without fail inevitably try to “bring out” the other type in her. They try to make the good girls bad, and the bad girls good.

Sometimes they succeed, particularly if the man himself is a Gamma male (more below). But more often than not, all they suffer is frustration and pain.

This is human nature. How should we handle it?

The Gamma Male and Female: What You Should Become (And Look For) As A Man

Just as men are disposed towards being more Alpha or Beta, so are women. Yet like men, women can integrate both types together. Evolution is always possible.

Your goal as a man is to find these women. They are the best women out there – the “Gamma male” equivalent that possess full-spectrum femininity. They are the few women who know how to manage both a man’s desire and comfort over the long term.

Gamma women are catches. But in order to get them, you must be a man who can attract them. And that means being an Gamma male yourself.

(Note: Credit to Athol Kay for coining the term Gamma male and defining the broad-strokes of what it looks like. I do not agree with his perspective on the Gamma female, however!)

A Gamma male is a healthy combination of the best of Beta and Alpha males. Like an Alpha male, a Gamma male sets the frame and is the leader of his relationships. He sets strong boundaries and doesn’t accept bullshit from women, but also treats women well and meets their needs for both excitement and security. The Gamma male makes it a priority to keep his woman comfortable, though he never supplicates to her.

Which of course makes sense. After all: You attract what you are.

So if you want your full needs met by a woman, learn to be discerning so you don’t get played. But also learn to be the man that woman would want: a Gamma male.

Or find yourself never completely satisfied.

PS Want to learn how to become a Gamma male? Then you’ll want to work with me. I’ll help you devise a strategy to become the man women crave, and I’ll make you stick with it. You won’t recognize your life by the end.