The 5 Rules Of Complimenting A Girl 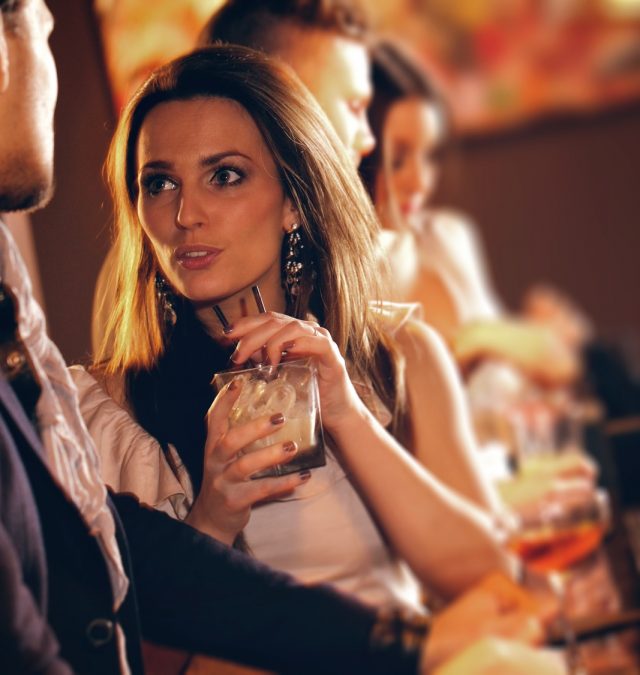 THE 5 RULES OF COMPLIMENTING A GIRL

One “expert” might say this, another that… sometimes their advice even directly contradicts each other.

You’ve probably heard some of it before:

“Don’t compliment a girl or she’ll ditch you!”

“If you want to get a girl to like you, compliment her!”

If you’re a regular joe schmo not skilled in dating double-speak it can be tough to navigate.

Of course, in reality the devil is in the details. Both are right – just in different contexts. Which sadly doesn’t do much for you (unless you know what they are).

Compliments are a great thing to give a girl. But using them is an art. Misunderstand your dynamic with a woman and use the wrong compliment at the wrong time, and rather than elicit a positive reaction from her you’re only going to creep her out.

If you want to compliment a girl appropriately, you need get a read the situation.

And here are 5 Rules to help you do exactly that:

Rule #1 Of Complimenting A Girl: Is The Compliment Fitting?

When you consider complimenting a girl, the first thing to consider is whether or not the compliment will be fitting in the context of your dynamic.

Years ago David DeAngelo burst onto the dating scene with the concept of “Cocky-Funny.” It was a simple yet brilliant approach to attracting women. But why?

Cocky-funny allowed you to easily flirt with girls while calibrating for your status.

For instance, if you were a low-status guy (or at least, that was your frame), you’d want to be more cocky than funny. Cocky subcommunicated that you considered yourself higher status than you appeared. It effectively “leveled the playing field” when dealing with higher-status women.

But this “formula” wasn’t set in stone. If you were a higher-status guy than her, this calculus would change. Instead, you’d want to mostly be funny, not cocky, as cocky high-status guys are unlikeable and pretty much just dicks.

So what does this have to do with compliments?

Being complimentary is like an extreme form of being funny. Ergo, you can be liberal with compliments if you’re higher-status, but be more sparing with them if you are not because there’s a good chance they will come across as supplicating and weak.

Understand: Compliments are interpreted in part based on your underlying power vis-a-vis the person you are giving them to.

This doesn’t mean don’t give compliments to a girl that is higher-status than you, but it DOES mean you need to be aware not to go overboard with them – especially with compliments based on her looks. Otherwise, you will just highlight the status-disparity between the two of you, not brighten up her day.

If your compliments aren’t landing, first thing you must look at is the underlying dynamic of the interaction. But what about after that?

Rule #2 Of Complimenting A Girl: Is The Compliment Specific?

Once you’ve decided on complimenting a girl, you need to ask yourself what the compliment should be.

As we alluded to before, generic compliments like “you’re really hot” aren’t going to do it. They show zero creative effort, don’t mean much to a girl, and don’t stand out.

No, good compliments have to mean something – and this is all the more true when you’re at a lower-status “punching up” so to speak.

Which is why a good compliment has to be specific.

But how to make a compliment specific?

What stands out about her?

Once you get used to paying attention you can either use this information to make a powerful assumption about her to trigger a conversation or to use it to create a compliment.

Rule #3 Of Complimenting A Girl: Is The Compliment Genuine?

A specific compliment isn’t enough, however. Subcommunication is responsible for far too much of attraction for only the words you say to matter. No, you have to feel the compliment viscerally and believe it is true.

If the girl is showing that she has a compassionate side, that is what you should be telling her… not some canned line.

If she is creating a certain emotion in you, let her know that… don’t make something up that makes you look cool.

If she doesn’t feel like you mean it, the compliment will collapse in on itself. You will come across as creepy. Guaranteed.

Say what you feel. Express what is real. Be authentic.

It’ll mean a lot, establish a connect between you two, and make you stand out among the other guys.

Rule #4 Of Complimenting A Girl: Is The Compliment Qualified?

Of course, “nice guys” throughout history have given genuine, even specific compliments. But far too often they don’t qualify the compliment or themselves when they say it.

The main issue with compliments is that most people only give them for supplicating reasons. This is common when people are lower-status, and it’s why – as we discussed in Rule #1 – you have to be aware of your compliments when you’re giving them to a higher-status person.

So a good way to think about compliments in the future is to remember that you are complimenting a girl on a trait because you appreciate it in her.

In other words, the frame is not that you’re complimenting a girl to get something from her… you’re giving her it for free, because you respect her.

This is subtly telling her that she is “meeting your standards,” and that is an essential frame to have when giving compliments so they aren’t interpreted as supplicating.

My favorite, and most easy-to-implement approach is to say whatever specific compliment feels real to me, followed by “I respect that.”

For instance: “You do a lot to help out injured animals. You seem like a really compassionate person – I respect that.”

“I respect that” is a great expression for two reasons. One, it is in the active voice – which subcommunicates a focus on yourself (something you want to convey at this stage of the game). And two, the use of the word respect itself implies you value and have self-respect.

All this shows you are a confident, self-validated guy who is giving compliments from a position of strength, not weakness.

Also key here is to convey that you only give compliments when there is an objective reason to do so. You are making an observation and an inference, you are not fabricating something to butter her up. She appears to work hard to help animals… it’s reasonable to assert she has a compassionate streak. You can’t be accused of sucking up when what you’re saying is self-evident (yet also, real and genuine, and perhaps not noticed).

Qualifying your compliments is a great way for you to keep perspective on why you (should be) giving compliments in the first place: you really mean them.   Don’t forget that or you may find yourself saying nice things… but looking desperate.

Rule #5 Of Complimenting A Girl: Is The Compliment Appropriate?

I saved this one for last, because ironically in some ways it’s the least important. So much of what you say in dating depends less on the words you use rather than the intention and frame behind which you express them.

But that doesn’t change the truth: words matter.

If you say stupid things, you can damage (or at least confuse) an interaction… even if you say them with perfect confidence and intention.

I’ll give you an example.

Recently I went out to lunch with a friend and her new, Eastern European boyfriend. I liked him a lot. He possessed that standard Eastern European stoicism I know and respect so much, and was attractive – tall, blonde, and jacked.

Later, she told me he thought I looked like Justin Timberlake (a very nice compliment). I reciprocated by saying he looked like Ivan Drago from Rocky IV.

I padded that compliment with some context, so it didn’t look as bad as above. But still – it was a REALLY stupid comment.

She’s cool and knows me so I doubt it matters (oh well either way, what’s done is done). But even though Ivan Drago is (in my opinion) an attractive, masculine guy – he’s also a Soviet super-villian and is represented in the movie as quasi-human.

It was an inappropriate, socially-stupid compliment.

(even though he did kinda look like him, sans 80s hair)

Same thing goes for when you compliment a girl.

Generally, you are going to want to stay away from highly objectifying or sexual statements when you are first getting to know a girl. They can easily be taken the wrong way, and you will end up being labeled a pig or a creep.

(A few guys with brass balls can pull this off – remember, frame and intention matter more than words. But newbies, don’t go down this path – though it can produce a lot of attraction quickly, if you don’t know what you’re doing it’s guaranteed failure with maybe a slap across the face. It’s also unnecessary, so keep mostly appropriate).

Girls have a lot of great traits besides their sex organs. Compliment those instead – you can always work up to the others once more attraction has been created. Just make sure they’re not awkward, abstract, or bizarre – this is the stuff that makes you look weird (like me).

Just one final thing. If you do make an inappropriate comment that doesn’t land well, ignore it like it didn’t matter.

We all say stupid things. What really kills a girl’s attraction isn’t that, but the guy’s panicked reaction to her negative reaction. That is approval-seeking at its crux.

The more you worry about her response to your inappropriate compliment, the less attracted she will be to you.

Instead, make a mental note not to say stupid shit in the future and move on.

Though some old-school experts swear by it, complimenting a girl get a bad rap in the dating community. But the truth is that compliments aren’t the problem (or the solution) – what matters is how and when they’re used.

Follow the rules on complimenting a girl above and you’ll know exactly what to do for the future.

The girls you meet will be swooning before you know it 😉