Learn To Say No And Do What You Want 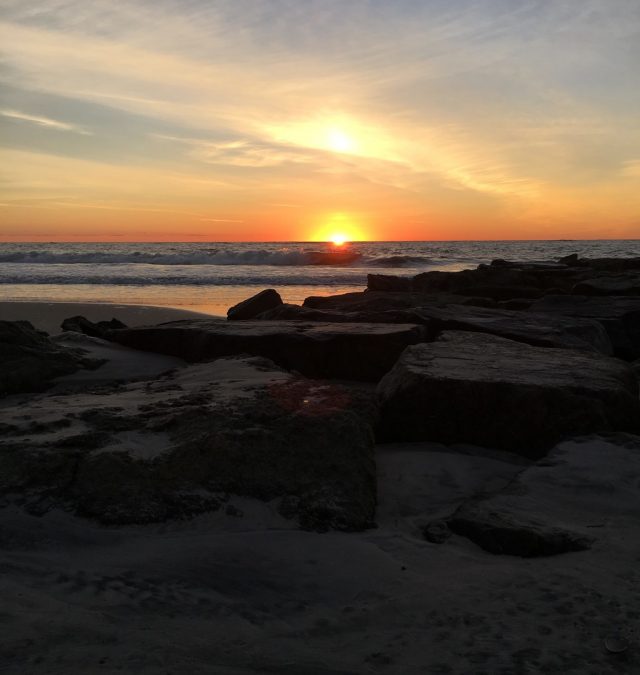 LEARN TO SAY NO AND DO WHAT YOU WANT

It was a warm, fall Sunday afternoon – and we had arrived.

The *best* seafood on the Jersey Shore.

Kate was eager for some crab legs. Me, not so much. Normally, I’d be right there with her – but the tedious labor of extracting tiny bits of meat from a sharp shell was last thing I wanted to do. I was looking forward to something easy and delicious: fried fish and scallops.

But of course, nothing’s ever that simple.

Because upon arriving, we realized Mike’s Seafood had a sale.

Crabs are expensive, and this was tempting. It was perfect for two people and would save us at least $20. Why waste money getting what I had planned to get when at the end of it all I’d manage with something different?

Even a few months ago I’d have never even second guessed this logic. Of course I was going to change my order to adapt to this new reality. Money is money, and I am, after all, the “human garbage disposal.” I eat the food no one else wants; I eat what is cheapest and most convenient. That’s just what “I” do.

Why do I do that?

And what does it say about me?

The Fine Line Between Compromise And Capitulation

This story is innocuous on the surface, but carries much broader lessons for men. These dilemmas of self-denial crop up everywhere for us – in dating, relationships, and across the range of our lives. And frankly we have not been prepared by society to adequately handle them.

Be honest with yourself.

How much are you doing what you want in your life vs compromising for others or some lofty “principle?” Don’t get me wrong – compromise is not *necessarily* a bad word, assuming it is occasional and inconsequential. But if your default mindset is that you will “take one for the team,” understand: it’s only a matter of time before compromise becomes capitulation on controlling your path in life.

Be careful, or before you know it you will no longer be living for you.

As I sat with the menu, I took a minute and questioned my knee-jerk reaction. I knew I didn’t want to break apart crabs, and had been excited for the flounder. If the special had not existed, I would have ordered my dish without a second thought. If Kate had not wanted crab, I would not have even considered changing my order.

Yet for some reason, the decisions of other people made me question myself and what I wanted.

Yes, I grew up in WASP culture – and as a result frugality and avoiding waste is a centerpiece of my psychology.

But is my culture so oppressive I lack free will? Does one really have convictions if outside forces are so easily able to make one change one’s mind?

At that moment I realized how weak my frame truly had been. Although I cloaked it in practicality, my word and desires apparently meant nothing to me. According to my actions, I did not deserve to get what I want.

So I did something counter-intuitive: I said fuck it. I ordered my fish and scallops and forewent the $20. A voice inside my head criticized me the whole time for the “cost ineffectiveness,” but the second they brought the food over a wave of relief and self-respect washed over me.

And I guarantee if you adopt the same mentality, so will you.

The Perils Of Too Much Flexibility (Are You A Pushover?)

Life throws you curveballs and disappointments. It’s good to be flexible so you can deal with them with equanimity. Life is too short to get your panties up in a bunch when little things don’t go your way.

But all the same – watch out.

Being too flexible will indeed turn you into a passive pushover.

Although they may not acknowledge it consciously, your flexibility affects the way others interact with you. If they know someone you are likely to capitulate, they are more likely to pursue what they want at expense of you.

And – perhaps more surprisingly – you’re more likely to give it to them.

What we forget is that although our brain tells our body to do so-and-so action, the act of the action itself reinforces a mental circuit for our thoughts in the future.

So while little things like ordering something because it’s “on sale” in isolation mean nothing; when done consistently, such actions reveal a man who does not believe what he wants is really important.

Instead, they show a man who is impressionable and over-accommodating.

They show a man that is low-value.

How flexible are you? Do you have boundaries? Or do you compromise routinely on the things you want?

Admitting it is the first step.

But it is not the last one.

Learn To Say No And Do What You Want

One of the most powerful words in the English language is No.

Yet it is also one of the words most men are terrified of saying, myself included.

Men don’t want to say “no,” because “no” offends people. “No” tells other people that you are selfish and are not going to be helpful. “No” is anti-social.

But think beyond other people’s reactions. “No” is really more than that.

“No” is a word of liberation.

It is the first step in rejecting conformity and social control, and it is the word that begins your path towards emotional and psychological independence.

And it begins with the smallest things, like ordering what you want on the menu, and not being the one to sacrifice for the sake of it.

You realize how much resentment you’ve been holding on towards others. And you finally begin to let it melt away.

Focus On You And No One Else

If you are someone who is used to compromising and accommodating, you are probably carrying a lot of resentment and hidden expectations that you might not even be conscious of.

“I always change what I want to make things cheaper, why won’t you?”

This was my mindset. To beat the above example to death, if we switched things up and I wanted crabs, I would expect Kate to order them too so we could get the deal. When she didn’t (Kate’s not like that with food), I would be a little pissed. I’d do it for her, why wouldn’t she do it for me?

This is a total loser mentality. There is no real reason why we can’t both do what we want. Unless we’re broke, why is the money so important?

Of course, sometimes wills will clash, but what is important is that in your quest to say “no” more often, you don’t start demanding other people say “yes.”

Usually there is a win-win option out there. It might take slightly more effort on your parts, but is that really that big of a deal?

If you get invited to go someplace and you don’t want to go, do not feel obligated. Say “no.” But don’t insist the other person not go either.

If they choose not to do what they want because of you, that is their issue.

Your job is to worry about you, and to learn to say no and do what you want. Nothing more.

What If You Don’t Know What You Want?

When many men begin this process, they may have become so accommodating that they have no idea what they really want.

One of the benefits of saying “no” is that you begin to ask yourself: what’s really a “yes?”

“No” declutters the mind and frees emotional energy. If you do not know what you want, start saying “no” to everything – and in situations when you need to decide, decide something for the sake of it… and stick with it.

Once you get comfortable making decisions over your life, you will naturally become comfortable acknowledging what you want.

I won’t lie: it’s hard at first. People will question your sudden unwillingness to go-along-to-get-along. They will almost certainly get pissed.

But stand firm. People will either adapt and begin treating you with more respect, or they will disappear from your life… and if so, good riddance. If anyone has a problem with you living life on your own terms, it’s because they only wanted to control you like a pet. Rejecting these sorts of relationships is essential to living a liberated life.

Cut out the people in your life who make unreasonable demands of you and stop being a slave.

There is no shame in being free.

Where It All Leads

A man who lives life on his own terms is a terrifying thing. Most people are controlled by guilt and obligation. When you learn to say no and do what you want, many low-consciousness people will hate you or consider you a weirdo, as you will threaten their own sense of self.

Though dealing with this may be painful at first, you will come out the other side connected to higher quality people who respect you, and your relationships with women will transform.

Once women realize your boundaries are iron-clad, they will trust you more and give you less bullshit. Tests and moodiness will decline. You will begin to realize viscerally that though women may balk at first when you assert your own self-interest, in the end they crave you more for it.

And most importantly, when you learn to say no and do what you want, you will come out more confident in yourself.

People are accommodating mostly because they do not like to create trouble. They are afraid of rejection and confrontation.

Yet once you begin living life on your terms, that fragility disappears. Because you are able to say “no” to people, you not longer take it personally when other people say “no” to you too.

Which ironically, in the longterm only increases the chances of them saying yes.

But you have no choice if you want that aching pain and fear in your soul to go away.

I know it’s there. Don’t worry, it’ll get better.

This is what it means to live.

PS Deciding to learn to say no and do what you want is not an easy step. Men today have not been bred to be masculine, and we lack role models and social support to make this transformation. Finding like-minded men and mentors to help you in this process is essential, as it is easy to relapse without people to hold you accountable. Which is why I offer coaching to do just that. Inquire today, don’t delay.