5 Rules For Great Sex In A Relationship 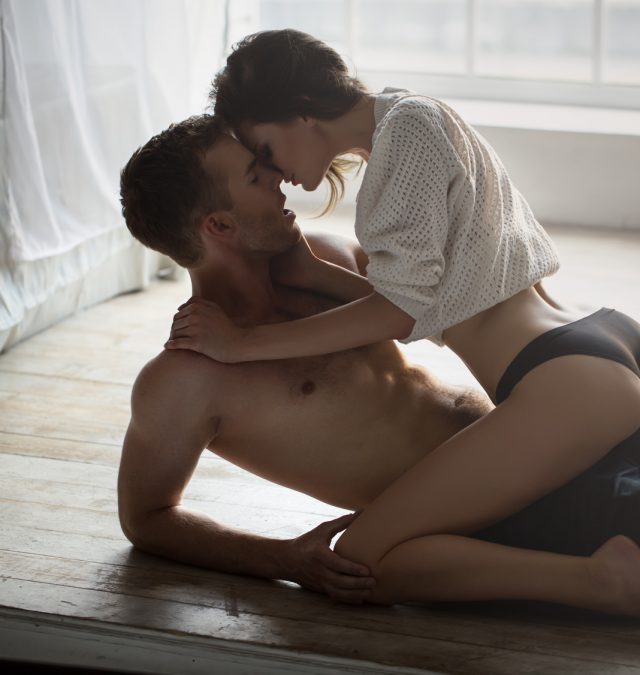 5 RULES FOR GREAT SEX IN A RELATIONSHIP

Whether married for decades or recently exclusive, almost every man has at some point asked himself the same question:

Why won’t she sleep with me?

It’s a question that boggles the mind of even the most intelligent man. He thinks he’s doing all the right things, but rather than get the sex he expects, the opposite happens. It doesn’t matter whether he complains, communicates, or caters to her – nothing changes.

This is a common problem.

Luckily for you though, it’s also totally unnecessary… and fixable.

Yes, sex drives differ between people (and genders). But the real reason sex tends to die (or never start) between a man and a woman is simple: one of the following five rules has been violated.

So read them, understand what makes women tick, and start having great sex in a relationship.

Rule #1 To Have Great Sex In A Relationship: Do Not Ask Her Why She Doesn’t Want To Have Sex

Many relationship experts who are all about open communication are likely up in arms that I would dare to suggest this – but I stand by it.

Yes, there are moments when communicating about sex issues may be helpful, even necessary (though a tip: don’t do it during a sexual moment). That being said, 90% of the time when a guy asks a girl “why don’t you want to have sex” it a) makes him seem needy and b) does not give him a useful answer.

Though conventional wisdom may tell him otherwise, direct communication can be very counterproductive when it comes to having great sex in a relationship.   The fact is, most women don’t know why they want to sleep with certain guys. Even many of the ones who do are uncomfortable thinking or talking about it, either because it effects their self-image or contradicts what they wish was true.

Additionally, many women will also lie when asked this question to avoid hurting your feelings. Instead, they might tell you something else they want you to do that has nothing to do with their desire. Indeed, depending on what they say, this can even inhibit their urges further.

If a woman doesn’t want to have sex with you, attempting to deduce “why” with through a series of questions and developing a “plan of action” together will not correct it. In fact, it will probably just make it worse.

A woman’s sex drive is not logical.

If you want to have great sex in a relationship, you have to think outside the box.

Note that this first rule will not solve your problem. But it will stop you from making it worse, and will put you in a better position to be aware and act according to the other rules.

Talking about and analyzing a woman’s lack of desire for you rarely makes it better. I know – I’ve tried.

Rule #2 To Have Great Sex In A Relationship: Do Not Make Sex Transactional… Unless You’re Willing To Pay Increasingly Higher Prices

This is the biggest trap without question men fall into when it comes to having great sex in a relationship. Some men do it and get into relationships they don’t really want; others see it happen gradually in otherwise happy relationships, leaving them feeling trapped and sexually frustrated.

Fortunately, avoiding this (or fixing it) is simple:

Whatever you do, do not make sex dependent on a certain action.

If a woman says that she’ll “sleep with you once you do X,” walk away from the “bargain” immediately.

If you don’t, and you indulge in the tit-for-tat, you are sub-communicating that you can be manipulated into doing something in exchange for some action, which tells her she has you by the balls – literally.

If you make sex transactional, you will see the demands increase and the sex decrease.

And keep in mind, even what sex you do have will not be passionate. Indeed, it might even be cold and disinterested. Since this is a transaction, she is going to approach it with a “get it over with” attitude. You will almost certainly be disappointed.

A woman never feels desire for a man who has to bargain with her for sex.

If you want that to change, you need to break this transactional frame.

That doesn’t mean you don’t do nice things for her – of course not.

Rather, it means you disconnect those nice things from sex – from any outcome at all, in fact.

You can never let her dictate the terms under which you’ll have sex.

Many uncultivated relationships evolve into this dynamic, unfortunately. But the good news is, unless this has been going on for years and there is significant resentment, it is still totally possible to change things and have great sex in a relationship. Things will gradually shift as you adapt your behavior.

If this is how a girl approaches sex from the start, however, watch out. Women who use their sexuality first and foremost as a weapon are dangerous, and at the very least will burn you out with their games.

Rule #3 To Have Great Sex In A Relationship: Emphasize Your Differences With Her; Avoid Personality Melding

A lot of guys think that girls are attracted to guys based on the things they have in common. Consequently, a lot of guys tend to downplay their uniqueness and try to “merge” with the girl they’re with (or want to be with).

This is a bad approach to take. Indeed, this is the nonsense that keeps men in the “friend-zone” and in emotionally stagnant relationships their whole lives.

The truth is simple – yet for some reason elusive – to so many men:

No, not a guy who drinks beer and watches sports all day – a man who is active, both in mind and body; ambitious, strong, and – most importantly – independent.

There is no question when I am away from my wife with my guy friends doing “man” things (and she with her female friends doing “woman” things), we come back to each other reenergized and more attracted.

If your girlfriend isn’t sleeping with you, spend less time with her and start doing more manly pursuits. Start challenging yourself. Put your focus on your growth, not on her.

A woman might tell a man to give up what he loves for her, but she will lose attraction for him when he does it.

If you want to have great sex in your relationship, cherish your woman. Make her feel desired. But do not give up your masculine pursuits or you will see a decline in her desire for you.

Rule #4 To Have Great Sex In A Relationship: Desire Her, But Never Show You Need Her

You won’t hear it from the guy who bends over backward for a girl, but women hate it when men dump their self-respect to get sex.

That is neediness, not desire, and it is repellant to a woman.

Women love to be desired, but only by men who don’t need them.

This is the heart of the paradox of sex: if you convey you need sex, you won’t get it; if you show you don’t need it, it comes to you on a platter.

Your “release” should never be more important than your reputation. Always be willing to walk away from sex. This is the difference between a boy and a man.

If she turns you down when you go for sex, don’t take it seriously. Smirk and act amused. If anything, it should be funny to you that she doesn’t want to sleep with you right now.   Don’t make a big deal out of it because it’s not one.

If you want to have great sex in a relationship, you can’t complain when you don’t have sex. You can’t take rejection seriously.

Play it cool instead.

That “missing” sex will happen sooner than you think.

Rule #5 To Have Great Sex In A Relationship: Always Try To Increase Your Sexual Value Relative To Her

This is perhaps the most important rule of all when it comes to having great sex in a relationship.

It’s also, however, the one most likely to be abused and misconstrued. So let me be perfectly clear:

If you are in a serious relationship and you care about it sticking around, you must show your value implicitly, not explicitly.

Flirting with other girls in front of your woman, playing games, trying to make her jealous… these are all things that will show her you are attractive to other girls, but will also make her  a) trust you less and b) persuade her to act the same way.

This can cause a breakdown in communication or an “arms race” – both of which you obviously do not want.

(Read: Love Is Not The Most Important Thing)

The key is to harness a woman’s sexual competition – and yes, women are VERY sexually competitive – while maintaining your integrity and trust in the relationship.

Women make you wait for sex – both before exclusivity, and after – when they think you don’t have other options. This operates in their minds subconsciously.

The key here is to trigger her subconscious response by making her on some level aware that you have options, while not rubbing those options in her face.

This is tight line to walk, gentlemen. You want to remind her not to take you for granted while not disrespecting her around other women.

Some excellent, safe ways to do this are to make sure you stay in shape, keep your charm and social muscles well lubricated, be ambitious, and keep your world big, exciting, and active.

Most women will never admit it (most aren’t even aware of it!), but the need to secure your loyalty will drive your woman subconsciously to keep you sexually satisfied.   Harnessing this is essential to having great sex in a relationship over the long-term.

Even if you thought the “passion” was gone, you’ll be surprised how fast if you do this it’ll come back 😉

There is a lot more to having great sex in a relationship than this, of course. It’s not all Machiavellian Maxims that drive and sustain female desire.

But this stuff works.

So if you ever find yourself ever stuck with a woman you’re dating or pursuing, ask yourself: am I following these five rules? Because if things are stagnating… chances are you’re not.

PS These tips may help you out, but I also know everybody’s situation is different. I work with guys who need help in their relationships. If that sounds like you, let’s see if we can work together. There’s no reason to spin your wheels and suffer. Together we’ll get your relationship on the right track ASAP.