How To Host A Party 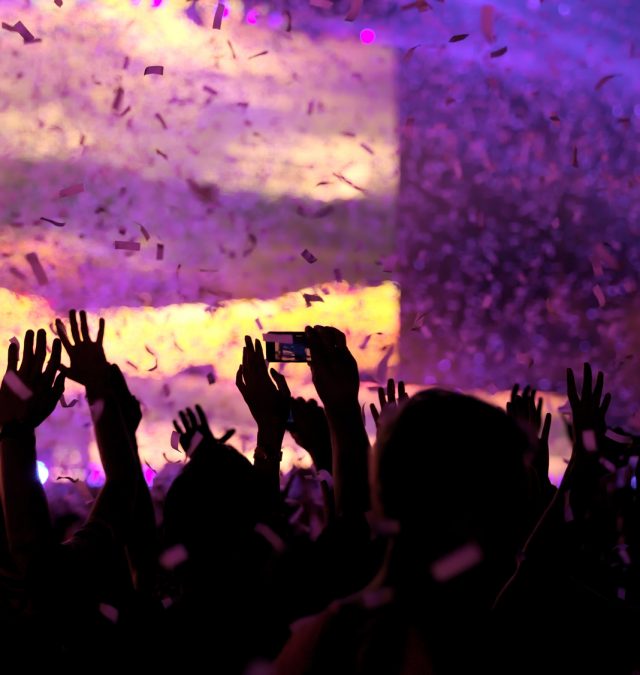 HOW TO HOST A PARTY

Everybody wants friends, and smart people trying to build their social group make it a priority to connect with as many people as possible.

But many make a crucial mistake:

They never host anything.

Knowing how to host a party is the single greatest mark of a social leader.

A leader by definition brings people together, and in the social world, parties are the way for them to do it. They not only magnify a leader’s social value but open him up to invitations elsewhere.

Added bonus: it’s one of the clearest ways possible for men to stand out prominently to women.

Women are attracted to men who take the initiative and who are well liked. Knowing how to host a successful party checks both boxes.

Unfortunately, hosting is becoming more uncommon as people have begun frequenting places like bars for social get togethers instead of small intimate parties. This is of great advantage to you, though. Chances are your network will be excited if you decide to host – you have become the answer to their monotonous Friday evenings.

But in order for you to really take off, you first need to establish credibility. Not only does this take time, but it’s essential to be careful that your early parties are not disasters. They don’t have to be epic events, a la the college “ragers” in Road Trip, but they DO need to be fun and well balanced enterprises.

If not, hosting can backfire horribly.

I remember vividly hosting my first party at my “mini-fraternity” in Philadelphia. Ten guys surrounded a single girl like sharks. I had a broken air conditioner in 100 degree weather and disgusting mixed drinks nobody could stomach. A lot of mistakes were made back then, and I nearly averted being a social pariah. It was a testament to the loyalty of the friends I had that they gave me a second (and third) chance.

But eventually I figured it out, and as time went on, hosting parties at the spur of a moment and getting 40+ people to attend became an easy feat – and my social and dating life benefitted immensely from it.

Here’s what I learned from my experiences:

HOW TO HOST A PARTY RULE #1: CAST A WIDE NET; ALWAYS ALLOW GUESTS OF INVITEES

There are a lot of different people in your life that serve various roles, some more important than others. When it comes to hosting great parties, however, in the beginning it is better to be more open than exclusive about who you invite.

The number of people at the party is directly correlated to the perceived success of the party.

And since in the beginning of your “party hosting career” you don’t have a reputation, chances are you’re going to need all the bodies you can get. Don’t be shy: reach out to acquaintances and even encourage them to bring friends. Whenever you meet somebody, be friendly, get their number, and then when you have a party – invite them. Yes, many – even most – will not show up, but the ones that do will not only help you on the numbers side but may end up becoming good friends.

It doesn’t matter that you don’t know these people now; they will not only be incredibly receptive to you at the party and increase the perception of you being “in demand,” but guests will also look around at all the people they don’t know and think “wow, this guy knows everybody.” That’s the kind of PR that explodes your social life.

Remember, social leaders are not insular – they bring strangers together and organize for them a good time. This is why it’s essential that your party is not just your friends, it is their friends and other people you are not as close with.

There’s only one caveat to this that you MUST keep in mind:

HOW TO HOST A PARTY RULE #2: ALWAYS WATCH THE GUY TO GIRL RATIO

There is a reason clubs charge cover for men and restrict how many enter.

The truth is even a 2-1 guy to girl ratio is a big risk for a good party; more than that and it’s almost certain to be a disaster, especially if the guys lurking at the party are people you don’t know, because their behavior is a reflection of your party and you.

Too often have I witnessed guys who are strangers to me at my parties get plastered, become rowdy, and swarm the girls. While it might be all fun and games for those guys, the girls certainly aren’t having fun, and they’ll probably associate you with these guys since it’s your party and you control the guest list. Not a good look to say the least.

Single guys you know well, or who add social value are fine; all unknowns should only be added at your discretion.

In my experience the best ratio for a party is 1.5 to 2 girls per every guy. If you become known as the guy whose parties are filled with dudes, you will create a vicious cycle that scares women (and cool guys) away permanently. Beware.

HOW TO HOST A PARTY RULE #3: CREATE AND NURTURE A THEME

Parties are fun; theme parties are even more fun.

If you create a theme for your event, you may worry that people will not partake in the festivities. In truth though, unless you’re inviting a bunch of too cool for school people to your party that is not something you have to worry about. Fun party goers will like dressing up because it makes parties more exciting. Themed parties will make your gatherings in general stand out from the rest.

Outfits are huge in this regard, but even beyond outfits I highly recommend making themed drinks and even food for the group. People will be impressed, and your parties will seem like the real deal. Effort is appreciated and remembered.

Remember to craft your theme carefully: it’s your brand. The more special your parties are, the more they will stand out as special in other peoples’ minds.

HOW TO HOST A PARTY RULE #4: PERSONALIZE INVITATIONS

This is especially important when you’re just starting off, or if you are actively trying to accelerate your social life.

Without a reputation, marketing is crucial. Many guys are complacent, which is unfortunate – it’s not enough to simply send a Facebook invitation to someone and hope they show up. You need to follow up with people individually and hype up the party in a series of reminder texts and messages.

I do this less today, but years ago in the days leading up to my parties (including the day of), I would shoot text messages out to all the people I invited reminding them of the details and inflating their enthusiasm. It took time, but increased my attendance rate on average by 30%.

You’d be surprised how many people do or don’t come to an event based on whether or not they get the personal touch. People forget and have other events to choose from: why should they choose yours?

Reaching out individually goes a long way to make them feel like yours is the right choice.

HOW TO HOST A PARTY RULE #5: FACILITATE, DON’T DOMINATE THE PARTY

80% of people come to a party for one reason:

Which means that they want to talk to you, and given the chance they will keep talking to you for the whole party.

This is great, and it’s a testament to you that so many people came over that you’re overwhelmed with conversations and guests. But you still need to be socially aware: you can’t allow yourself to monopolized by one person or group.

Well-hosted parties require you to constantly be looking after all the guests. That means making sure everybody has drinks, everyone’s interacting, and conversation is flowing. Always engage people left out on the sides, and make sure you touch base with everybody, including the guests you haven’t met. If your goal is to expand your social group, it’s crucial you engage with and get the contact information of new people so they can be brought back in the future.

The key is to facilitate, not dominate. That includes conversation between guests and the general party atmosphere. Trust me, no one will forget you’re there – you’re the man of the evening. Make it about them, not you. One great way to create guest camaraderie is to hold toasts. Few things explode a party’s atmosphere quite like that.

Remember: The party is not for catching up with people, it’s for entertaining them.

If you can, get a good friend or girlfriend to help you co-host. One of you can prepare drinks while the other smooths out conversation, or you can do some combination of the two. Together, you can cover a lot more ground than alone and make sure the party’s a hit. Just don’t get sidetracked spending the whole time talking to people you already know well. Make everyone feel welcome, and everyone will come back.

Knowing how to host a party is essential if you want an amazing dating and social life in your city.

Just remember, like all things, it can be a struggle to learn how to host a party at first. But keep at it, follow the rules above, and I promise you your opportunities and quality of life will accelerate exponentially.

(This post was originally published on The Social Man. They have some of the best self-improvement and dating advice for men out there. Check it out or you’re missing out)