5 Reasons To Be A Man Of Integrity 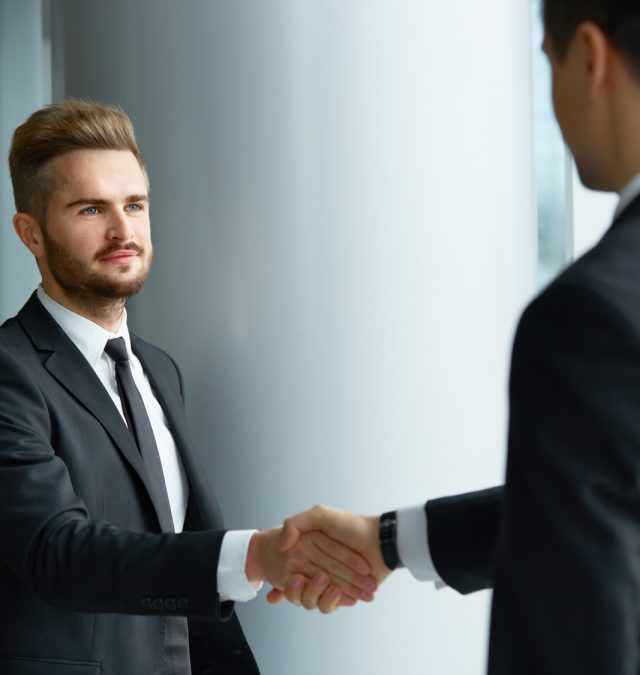 5 REASONS TO BE A MAN OF INTEGRITY

The dating world is filled with different conversations about the things you need to do to attract women.

All have their place, no doubt.

But each of them also ignores one of the biggest factors of all that makes a man attractive to women.

Being a man of integrity.

What Makes A Man Of Integrity? Is It His Noble Selflessness? A Willingness To Do The Right Thing At All Costs? Or Is It Something Else?

The problem with the word integrity is that people misunderstand it. A man of integrity is often associated with a relentlessly honest, principled, high-ethics man who frequently suffers as a result of his unwillingness to compromise on doing the “right thing.” He is the chivalrous knight; the tragic hero.

In truth, while that might represent the life of a man of integrity, it is both an extreme caricature and incomplete at the same time.

A man of integrity is honest and ethical, but not only with others – with himself.

What do I mean by this?

This is what is really attractive to women, and this is why plenty of guys who have strong moral compasses still cannot be considered men of integrity. A man of integrity doesn’t just want to do the right thing, he does it because it is congruent with the behavior he has established for himself. A man of integrity shows up. No if, ands, or buts.

Reason To Become A Man Of Integrity #1: Integrity Separates The Men From The Boys

What do you think when a guy promises you something and doesn’t do it? When he says he’ll show up and won’t be there?   Unreliable for sure. Untrustworthy, selfish perhaps.

But more than all of that – especially if they’re young – immature.

A couple of years ago a man in my father’s wine group invited me to join him at the Landmark Forum, a self-improvement association. I accepted, but it was my last week at work and I got tied up in finishing up my projects and saying goodbye to my colleagues. I flaked.

Little did I know the guy had gone to this event just to introduce me to people there. He wasn’t going for himself. My actions were rude and showed my word wasn’t something to take seriously. I damaged my reputation – but more than all of that, I showed that I was still at my core a child.

Because not only a man of integrity but a man in general is defined by doing what he says he will do.

Immature children follow their whims. Men master them and act according to their principles.

If you have integrity, people will treat you as an adult – as someone to be taken seriously.

If you don’t, you will be treated best case scenario as someone who just hasn’t grown up yet.

Is that what you really want?

If you want your voice to matter you must show up in life like an adult. And the only way to do that is to show up as a man of integrity.

Reason To Become A Man Of Integrity #2: Integrity Leads To Respect, Admiration, and Success

Integrity is the combination of ethics and self-mastery. It the subsuming of animal impulse to higher values.

Most men are unable or unwilling to do this. But the few who do?

In healthy society at least, they are admired, and are always understood to powerful individuals.

If you want to conquer anything, you must first conquer yourself.

Most men never get where they want to be in life because they don’t have control over themselves. Slaves to impulse, they are easy to distract and seduce – and consequently control.

A man of integrity on the other hand exudes the confidence he possesses from his self-control. He knows the only thing that directs his behavior are the values and expectations he has set for himself.

Other men can feel this, and they look up to it. Indeed, unless a man of integrity’s values are self-denying in nature (like a monk), it is rare to find a man of integrity who is not successful. Such men, used to managing themselves, are able to push forward in life where others retreat into comfort.

Reason To Become A Man Of Integrity #3: Women Are Attracted To Integrity, Because Integrity Means Self-Control

Men of integrity are ethical. Of this there is no doubt.

But ethics don’t attract women to men. Women may admire and appreciate ethics – they may use it as a criterion for dating – but it is not the sort of thing that women fantasize about in their man. On a visceral level, it just doesn’t get them going.

Having a man who is in control of himself and his emotions, however, is a totally different story.

Remember: integrity isn’t just about ethics. It’s about being true to yourself and living up to your standards.

And what does a man who lives up to his own standards invariably do to the women he meets?

He forces them to live up to them too.

Realistically, no man who is self-possessed enough to live life based on higher principles is going to accept a woman who acts badly.

Those standards he holds to himself will percolate into his frame. And is frame will be so strong – for confidence comes with mastering oneself – that women will either have to buy into it or leave.

And there is no question girls are drawn to that 😉

Reason To Become A Man Of Integrity #4: Integrity Has A Stabilizing Effect On Your Relationship

This is arguably the most interesting reason of them all. I would never have thought of it until I saw the effect it had on my own relationship.

The impact was enormous.

And you know what happens if you don’t trust yourself?

Your woman doesn’t trust you.

This doesn’t mean she thinks you’re going to physically cheat necessarily. After all, that may not be the area you have problems with self-control in.

No, it’s more of a subconscious feeling – a sense that she can’t rely on you. And she hates it.

Incidentally, this is one of the biggest reasons women act out. You are not showing up as you should, and it is giving her anxiety. It is giving her moods.

Reason To Become A Man Of Integrity #5: You Can Be At Peace With Yourself

The greatest thing about becoming a man of integrity is in many ways the simplest:

The more integrity you have with yourself, the more at peace you are.

So much of self-hate and debilitating expectations come from a lack of self-respect. But a man who keeps his word, not only to others but himself? A man who has good habits? A man who has discipline?

No one can shame him. Nothing can effect him.

Self-trust creates self-confidence and the knowledge that he can handle anything.

He is whole. He has integrity. That is, after all, where the word comes from – being whole.

And when you are whole, you do not need anything else to complete you.

Becoming a man of integrity provides major benefits when it comes to dating women and having happy relationships. There is no doubt about that.

But the benefits aren’t there because becoming a man of integrity teaches you some special skills for interacting with women.

The benefits are there because becoming a man of integrity makes you a stronger, more self-reliant man – and that impacts every other area in your life.

Many people think about “discipline” as tough thing to develop. And it is.

But with discipline, ironically, comes freedom.

After all, if you can’t control yourself, how can you live the life you want?

You are slave to yourself. Which means you are easily a slave of others.

Choose to be a man of integrity.

Your world – and your relationships – will never be the same.