Why Guys Are Creepy (And How To Stop Being It) 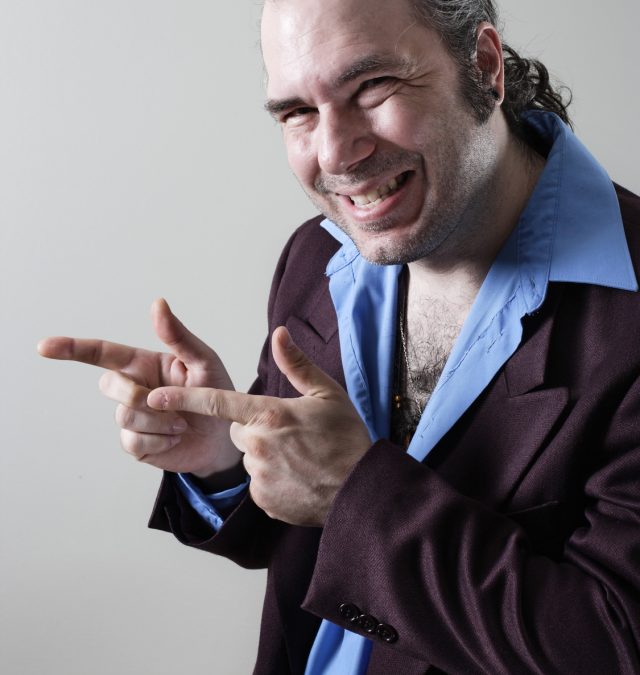 WHY GUYS ARE CREEPY (AND HOW TO STOP BEING IT)

No one likes being insulted. But if there is one word that strikes fear into the heart of men everywhere, it’s not “asshole,” it’s not “dick,” it’s not “disgusting,” – it’s not even “loser.”

Being called a creep – or “creepy” – is without question the worst word a man can hear.

Not only does it attack a man’s personality, it calls into question his very masculinity. It labels him as sexually and socially objectionable. And because it is such a visceral, identity-piercing insult, it will shatter any man without a strong frame’s confidence or at least throw him off for the evening.

Many women, knowing its power, use this term liberally and maliciously; others, feeling insecure themselves, drop it to protect their egos.

But most use it for good reason:

The guy they are dealing with is actually a serious creep.

Not because he is socially awkward (though this may be and often is the case too).

Because he makes them anxious and uncomfortable.

Why do girls care so much about creepiness? Creepiness is the big red flag that a guy is not only a bad mate, but a potentially dangerous person to be around.

Evolutionary psychology tells us a lot about the differences between the sexes, but one of them is glaringly obvious:

Men are MUCH stronger than women.

Men have 20 times the testosterone as women – the hormone for muscle growth and aggression – and the average male is stronger than 99.9% of women.

Most men don’t think about it, but for women the implications of this are clear. If a guy wants something from a girl (such as her body), he can take it by force.

What’s a girl to do?

Well, lacking the strength to physically manage men, women compensated in other ways. And one of the biggest was through developing superior social intelligence and intuition.

(Note: The vast, vast majority of men from civilized societies are not violent pricks. Personal morals, cultural conditioning, laws, and the response of other men dissuade all but the most unstable from even considering rape. Still, at different times in human history where masculinity was unrestrained by law and civilizational ethics were primitive, women had to be significantly more aware – many men were risky.)

So essentially to survive (and thrive) women learned to read men. That way they could identify and stick with the good ones and avoid the bad, using their better social perception to manipulate and navigate relationship dynamics to their benefit. To choose wisely, they assessed men’s emotional stability, impulse control, self-assurance, desires and fears, and beyond all of that – safety.

And creepy guys were decidedly not safe.

A lot of guys associate being creepy with being “beta” or a low-status option. Yet while this is often true,  it is not necessarily, and moreover is not the essence of what is wrong with a creepy guy and why guys are creepy.

The problem with a creepy guy is that he cannot be trusted.

There is a discrepancy between his actions/words and his intentions, revealed even to the unperceptive subconsciously. He may be high-status or low, rich or poor – no matter; something about him is “off.”

The creepy guy needs something, but he is hiding the fact that he needs it. This is what makes men and especially women worried when guys are creepy. That he is hiding something shows deceit and lack of integrity, and that he needs it shows a lack of self-control or reliability. The instinct is to stay away.

Take Patrick Bateman from “American Psycho” for instance. Bateman was an alpha male with incredibly high status. Yet he also was creepy, and ultimately butchered and tortured most of the women he dated.

(Yes, I know he may have imagined it and the book was a metaphor. No literature lessons please.)

Most women noticed something was off about him, of course – many of them immediately upon meeting him. But unlike a guy lacking confidence or status, Bateman was in Manhattan’s elite and played his part well. Women wanted to believe he was normal because of his status and wealth, and so unlike they normally would, they ignored their instincts – to their peril.

The majority of creepy guys, of course, are not dangerous individuals like Patrick Bateman. Most of them are misunderstood and just want to treat girls well. But the thing is – girls don’t know what a creepy guy is hiding, they just know he is hiding something. And since they make their cost-benefits analysis subconsciously, for the 99.9% of guys who don’t have the money or opportunity to make a woman see past the risk, creepiness is an automatic death sentence in dating.

Guys are creepy for a simple reason: There is something they want the don’t think they deserve.

Be honest. Assuming you are not a sociopath, there is very likely a natural, obvious reason why you are coming across creepy to girls:

You want sex from them but don’t really believe you should get it.

For instance, there is a group I go to on a regular basis, and it is clear one of the guys in the group is attracted to one of the girls. Despite the fact that the girl has a boyfriend, however, he routinely makes subtle sexual passes at her. Suffice to say, he comes across as incredibly creepy.

I know the guy, and he is a good guy at heart. But it is clear that he feels making a pass at this girl is inappropriate. Not only because she is in a relationship and part of him feels cheating is wrong (or is ashamed because he thinks he’ll be judged by others), but because his sexual statements don’t align with his actual self-perceived value. He is talking like she should be attracted to him, but he doesn’t feel like she actually should be. What results is not seduction but an uncomfortable, creepy bravado.

And this discrepancy makes their creepiness all but guaranteed. This is why guys are creepy.

Ownership and Authenticity: The Antidotes to Creepiness

If guys are creepy as a result of feeling ashamed, then the way to kill creepiness is simple: you must own your desires, while not letting them own you.

Unlike some, I do not recommend being an open-book to everybody, not only because everything does not need to be said, but because good intentions are frequently lost or deliberately ignored. People will take things you say out of context all the time and use them and your vulnerabilities against you. The world is not a kind and accepting place.

But that being said, when it comes to going after what you want, you must be bold and audacious; you must never show shame or a lack of deservedness for what you want.

If you are attracted to a woman, own that attraction. Hiding what you want – like “nice guys” all over the world who pretend to be friends with girls all while plotting to get in their pants – will send up big warning signs that your actions and intentions are not aligned, and will creep the hell out of girls. Plus, you will just be furthering the terrible, growing stereotype everywhere that guys are creepy when they talk to new women.

There is a reason why my “game” got better once I stopped hiding from girls that I was involved in Pick Up: I was authentic, I was a man who owned my desires. I was not ashamed. I didn’t hide that dating girls was a priority for me, and I didn’t hide that I was attracted to girl I was talking to.

And that in turn made them far more attracted to me.

Creepiness is a curable disease. But in order to stop it you have to ask yourself two important questions:

Why are you desperate for what you want, and why are you ashamed for wanting it?

If you want to sleep with a woman, that’s fine, but don’t act like you need to, and furthermore – don’t feel uncomfortable expressing that desire to begin with. Guys are creepy only when they do that.

The truth is simple: if you don’t feel need or shame, you will not seem creepy. To mitigate the former, value yourself over your impulses; the latter, reject social slavery and the shaming society use to enforce it.

The road can be a long one, but as a guy who at one point was a bit of a creep, the more you accept yourself and stop living life in fear of the judgement of others, the easier it gets.

What are you waiting for?