The Truth About Your Looks 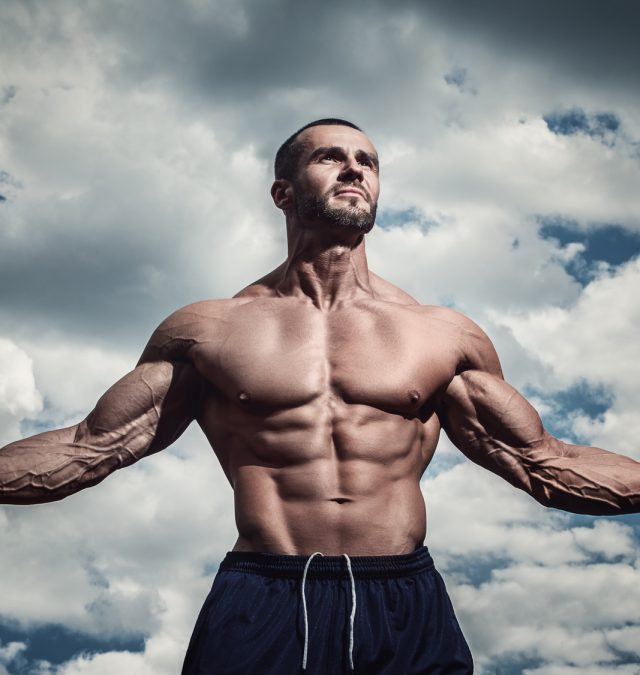 DO LOOKS MATTER? THE UNCOMFORTABLE TRUTH

If there’s one thing people hate talking about, it’s looks. And I get why.

Looks are superficial. Physical attractiveness is subjective. And as a society we already assign far too much value to how people appear, and not enough to who they are.

Why talk about it more? Why ask “do looks matter?”

Well, because it’s important. And as a dating coach, if I didn’t evaluate the question “do looks matter” I’d be skipping out on a crucial element of attraction in order to protect your feelz. And that would neither be ethical nor responsible.

So a little context before we begin on this sensitive topic.

This “do looks matter” article isn’t trying to shame anybody. If you take it that way, it’s on you. I don’t believe in shame or guilt – I think they are passive-aggressive emotions designed to control people.

But I do believe in truth.

And the truth is simple:

Do looks matter? Yes, and anyone who tells you otherwise is full of shit.

Take for instance some of the ridiculous claims I read in the dating world on a regular basis:

“Inside, find out Jake’s ‘weird’ trick that gets hot college girls addicted to him even though he’s unemployed and weighs 300 pounds.”

Or this kind of testimonial:

“I’ve struggled with girls for years. Full disclosure: I’m severely overweight, and girls always seemed to reject me the moment I started talking to them. But now since using Jake’s Magnetic Attraction Formula everything is different. Girls don’t even care about how I look anymore, they’re hypnotized by me. Now I have as many dates a week as I want. Thanks Jake!

Sure Jake, we believe you! Your “Magnetic Attraction Formula” is so powerful a guy’s appearance doesn’t even matter! He could wear a greasy t-shirt with his gut hanging out over his pants, smell like a old ashtray, but so long as he sneaks your top secret seduction formula into the interaction everything will work out!

Ok, maybe I’m just being cynical. Do looks matter? Maybe not. Maybe Jake’s right. After all, there are always exceptions.

Some guys are hideous but have money and fame which more than compensates for what they’re lacking in the looks department. Other guys don’t have any of that, but have such incredible game that they can attract *some* very attractive, high quality women. And of course, chemistry is real, not all women are surface-oriented, and regardless of how someone looks, true love can always prevail.

No disagreements there. I accept all of these are not only possibilities, but realities that happen. You can attract the girls you want despite how you look.

But that’s not the question you should be asking.

Who cares if you can attract girls this way, is it the most effective way to do it?

Maybe this stuff is possible; is it probable?

And how much easier would it be if you were in shape?

Do looks matter? Seems so. In real life, women usually end up with men who are equally or slightly less attractive than they are, not men who are significantly worse looking. Like any rule, there are exceptions, but they are uncommon, and usually indicate that other variables, notably status, are there compensating.

Marketing is a funny thing. Rarely does it tell us the truth; rather, it tells us what we want to be true.

Take pop-culture, for instance, which essentially markets social assumptions. Though it accepts as a fait accompli that if women want men they need to be attractive, it sweeps the inverse completely under the carpet. Men can be zero-muscle mass geeks or enormous slobs and invariably they will still have a hot wife.

This is because male producers know, frankly, that most men are out of shape but want to believe that they can lack all the qualities of a stereotypically attractive man and still get women.

This leads many men to think that looks don’t matter, or can at least easily be compensated for.

Do looks matter? Yes again. Although looks can be compensated for, it is neither an easy nor effective use of your resources. Working on your physique is one of the easiest, low-hanging fruit ways a guy can improve his dating life. Not doing it while obsessing upon meeting women is unacceptable.

I know a lot of overweight or skinny-fat guys who spend enormous amounts of time, money, and energy learning how to attract women yet can’t for the life of them get their ass up to go to the gym. And they ask me what they are doing wrong, or why women won’t respond to them at the bar or online!

Skinny-fat. How much longer do you think this guy was in a relationship?They have bought into the programming that looks are only a minor issue in their dating life, one that “game” can easily overcome. They have completely lost the forest through the trees.

They matter a lot.

Especially when it comes to opportunities.

Do looks matter? Yes, just not as much as they do for women. Physical appearance is not a visceral part of attraction for women, unlike for men. But women are exponentially more open towards attractive men than unattractive ones.

I am an average looking guy. Consequently, in my life I have neither generally been approached by girls nor have I encountered much resistance after approaching them. I get looks, which are usually invitations, but nothing overt or direct.

Meanwhile, I have a friend who looks like a male model, and even though his “game” is worse than mine, he is not only routinely approached by girls, but girls will ask him out on dates. Out of nowhere. And that’s just the direct stuff. The number of looks he gets means virtually any girl he’s around would be happy for him to approach her.

He’s a good guy, but doesn’t understand women so well so these dates don’t usually go places. But the number of opportunities he gets is insane.

(Machiavellian Tip: If you are an average looking guy with good game, find an attractive friend with average game to go out with. He will make girls massively more receptive and even bring girls to you, and you will be able to profit hugely off of it.)

My friend is blessed not only with a great, v-shaped body but the face of a greek god. That latter element may be luck of the draw, but the body is not. Indeed, the body is what truly matters the most.

Do looks matter? Yes, especially with physique. Women like men with attractive faces, but what’s really crucial is the body, particularly its muscle mass and proportion.

Big muscles mean big opportunities. It’s no coincidence that both times I’ve been dumped I was low-muscle mass, and when my dating life was most vibrant I was my biggest (muscularly).

If we wanted, we could get deep down the rabbit hole of evolutionary psychology to figure out why this is true, and why certain features like these tend to matter to women.

But let’s keep it simple:

Strong, big men can beat the shit out of other men.

(at least in theory)

And that means they can protect a woman and her potential offspring, which makes them desirable.

Except they most definitely do.

Anybody who tells you a woman does not care about whether or not you can hold your own in a fight is selling you down the river in some new age spin. A woman may not want you to fight, but she always wants you to be able to. She may not want you to be violent, but she’s expects, subconsciously at least, that in order to defend her, you’re capable of it.

That’s why if you’re in shape – especially if you’re muscularly big – you are going to get looks and even approaches from girls wherever you go.

Do looks matter? Yes, but it’s not a dealbreaker. Not being in shape doesn’t mean you can’t get girls. But it does mean you are making your life unnecessarily difficult.

My point here isn’t to say that you need to look good to get girls. Plenty of guys have found happiness in their dating lives despite their appearance; a handful even lead playboy lifestyles despite being completely out of shape.

Buy their results are not typical.

Why make your life more difficult?

Dating success comes down to two things: opportunities and conversions.

“Game” only gives you the latter, and though some girls are open enough to give you a chance regardless of how you look, many if not most girls will rule you out immediately if you do not meet their physical standards. And though preferences vary, they don’t vary that much. That is the sad truth.

After all, if women are receptive to you wherever you go, it doesn’t matter if things don’t work out with one.

So to really answer the question, “do looks matter,” I think the answer is an unequivocal yes.

And once you do, see me for coaching.