How To Date Out Of Your League 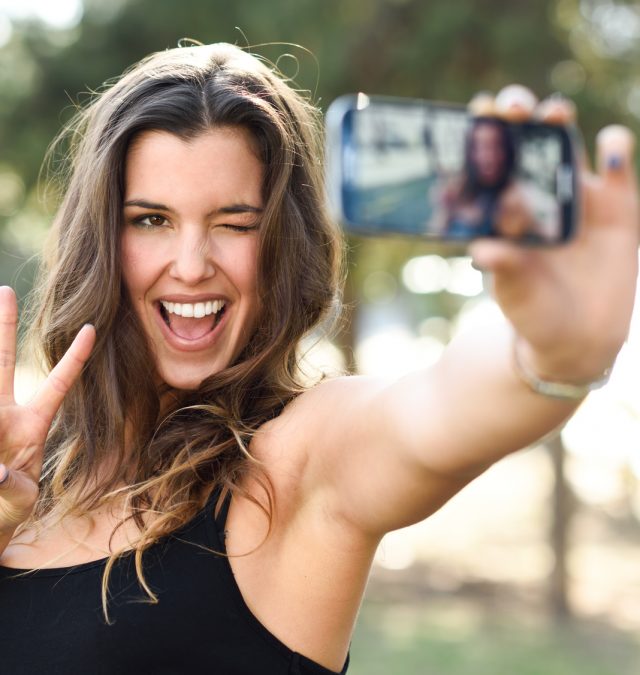 HOW TO DATE OUT OF YOUR LEAGUE

At the end of the day, guys get involved in Pick Up for one and only one reason:

They want to do better with women.

Obviously, these are all good things.

The problem is Pick Up fails pretty terribly in other areas.

Most crucially, in the ability to get a girl “out of their league.”

Fortunately, there are other, more effective ways.

(and they’ll make you feel better too)

You just have to make sure you don’t make these three crucial mistakes.

You ready to hear them?

Good, I thought so.

Now don’t get me wrong. You can get very attractive girls with Pick Up. There are plenty of models and image-conscious girls who are total suckers for “the game.”

But let me ask you – are these girls actually high quality? Are they actually out of your league? And if so, why – just because they’re hot?

Because if so, my friend, you’ve got a problem.

One of the biggest mistakes guys make is thinking that just because a girl is attractive she is high quality.

Look, obviously attractive girls are great, and every guy should go after whatever girl turns him on, regardless of what the media and the victim class tells him he should think. Settling is not only a sure-fire way to make yourself unhappy over the long term, it will also make your girl unhappy too. Girls are not stupid and can sense when you’re not satisfied with them, and nobody wants to feel inadequate. Don’t be an ass and make her feel that way – you’ll just create more pain and problems down the road.

Go after what you want.

Do you like models? Great, knock yourself out of the park. Do you like large girls? Cool – power to you. Black or white, tall or short, go after what you desire – that’s what’s most important. It’s smart for you and for her, and despite what some might say, it in no way makes you a misogynist.

If it’s the ONLY thing you focus on, it does make you an idiot.

I’ve dated some very attractive girls, and all of them were great to look at. Unfortunately, many of them were also miserable to interact with emotionally, felt intellectually stifling, possessed bad character, and/or sucked in bed.

Were they high quality? Would you consider them “out of your league?”

I didn’t, but not because I’m cocky. Because I don’t read too much into subjective things.

High quality is a subjective term. If you consider a girl that impresses your friends but bores and annoys you high quality or “out of your league,” that’s your choice.

But frankly, it doesn’t make any sense to me. Life is too short and looks are too temporary.

It’s personality. (is she emotionally stable?)

It’s intelligence. (is she curious about the world?)

It’s ethics. (is she trustworthy?)

It’s sexuality. (is sex important to her?)

One of the worst things you can do to destroy the quality of your life is misjudge a girl, so remember that while looks are important, they are far from sufficient. Don’t fall into the trap of thinking a girl is something special just because of her appearance – or else prepare yourself for a world of pain. No one is out of your league unless you think they are. Which reminds me…

Mistake #2: Thinking The Girl Is Out Of Your League

So now you know to think a little more carefully about the girls you define as “out of your league.”

Now take that notion, and discard it too. Because no girl is out of your league.

This is a HUGE mistake.

If you’re wondering how you to “get” the girl, you have positioned yourself as inferior to her, and that all but guarantees nothing good is going to come out of the interaction.

Whenever you put a girl on a pedestal, you’ve let her know that you think she’s above you. And why would any girl with self-respect want to date a guy who thinks she’s beneath her?

They wouldn’t. And you’re not going to trick them, long-term, into thinking otherwise.

Women have incredibly strong emotional intelligence. They can tell very quickly when a guy is placating her versus simply desiring her.

And they vastly prefer the first to the second.

Girls seek men who are strong. They do not desire men who feel like they need to hide behind a persona or who want to be liked out of pity.

They want a guy who is confident and goes after her.

That’s the only kind of “get the girl” mindset that is acceptable.

(Note: if your experience with this is limited, if she is responding negatively or uncomfortably to you, back off. The line between flattering pursuit and harassment can take some time to get used to, and I don’t want you doing the latter.  If you want some more insight, read some Romance novels.)

Rather than think about a girl as “out of your league,” instead, start to think of her the opposite way:

“Does she live up to MY standards?”

“Is she someone I want in MY life?”

These are the kind of questions you should be asking yourself, and through your behavior, her.

Because they shift the dynamic of your interaction altogether.

Rather than just being about pursuing a girl, now your interaction is about screening her too.

Which is very, very important.

Girls like to be pursued, but only by guys who don’t need them.

No girl ever wants to think that you think she is out of your league.

This may seem strange, but it actually makes a lot of sense.

In other words, they want their guy to choose them for a UNIQUE REASON.

Screening does that. And it not only protects both of you from a bad relationship, but it validates not only her but you, because only someone with standards and self-respect would even bother screening another person instead of just taking what they can get.

(and trust me, it’s an unfortunately rare thing these days)

Now of course, don’t get me wrong. High-quality women won’t need the validation.

But don’t worry, they’ll let you know that somehow or another in their actions. Which will in turn show you, paradoxically, that they’re worth choosing.

This is important, because of course, high quality women will also be screening you too.

This is all good.

Successful relationships come about when two people choose each other, not when just one is doing the choosing.

Unbalanced power dynamics lead to dysfunctional relationships, with one person being jealous and insecure and the other being arrogant and inconsiderate. This drama usually ends with fights and tears (and wasted energy).

You avoid this by never going after someone who you think is above you. If they’re above you, then you’re going to be needy, and the whole thing will turn out to be a disaster.

Instead, you are going after women who impress you.

Not women beneath you.

(they cause the same problems warned about, only in reverse)

Women who add value to your life.

Who live up to your standards (or exceed them).

And that’s why they’re worth it.

Mistake #3: Not Having Your Shit Together

Ok, so we’ve talked a lot so far about how to stop thinking as if a girl is “out of your league.”

But if she’s really impressive, easier said than done, right?

Which is why the number one thing you should be doing – ALWAYS – is pushing yourself more and more to get your shit together.

Guys who date girls who are “out of their league” (read: on their level) are able to do it because they’re in control of their life.

They work towards something they care about.

They exercise. They eat well. They make money (and don’t have to worry about it). Take care of their appearances.

They work on their mindset.

They are aligned with what they want.

And they know why they are doing it.

Having your shit together – and working to make your life even better – is something hardly any guys do.

And accordingly, they standout.

Do this, and not only will she look at you and think: “Wow, this guy is something else.”

YOU will feel the same way about yourself.

Even if you don’t think they’re out of your league, they almost certainly will.

Cut out bad influences in your life, make some enemies, and moreover spend every day pushing yourself a little more.

It’s ok if you’re not where you want to be yet. There’s always another level you can get to. The point is you’re trying.

Top tier girls are top tier for a reason, and they demand the same from their partners. Show up like a champion in the world, and without question, you will find a girl who fits exactly what you’re looking for – one who won’t think she’s out of your league, but will think you’re the catch.

At the end of the day, there is nothing stopping your from dating a girl out of your league but yourself.

If you choose girls that have bad values, if you put girls on pedestals, and if you act like someone who has no self-respect, then dating girls that blow you away is always going to be a problem for you.

But if you choose your women wisely, realize your own quality, and work to be the best you can be?

The sky will be the limit.

Good luck, and let me know how it goes below.