Is Pat Stedman A Misogynist? 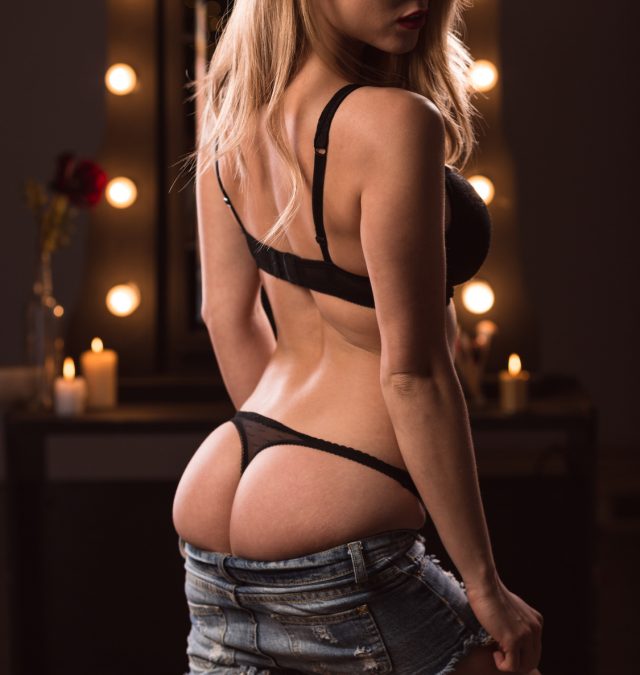 IS PAT STEDMAN A MISOGYNIST?

One of the most interesting and lovely things that’s happened to me recently as I’ve become a bit more outspoken about my views on dating (and more) is that I’ve been called a misogynist.

Am I really a misogynist?

Truth be told, I’m not really sure anymore what the definition of a misogynist is. The dictionary says a misogynist is “a person who dislikes, despises, or is strongly prejudiced against women.” Is that me? I didn’t think that was me. Is this blog post anti-women? I didn’t think it was anti-women. But I guess there’s a good chance I don’t know, maybe the definition has changed, and perhaps I’m not qualified to speak about my own personal thoughts and perspectives about women as a straight, educated, male dating coach who is married and has serially dated women. My identity and views, whether based on my own and others collective experience or not, are after all inherently “problematic” or “offensive,” right?

Ok, I’ll cut it out with the snark.

To be fair, most of the people who have said this to me haven’t said this about me personally, but rather about some of my statements.

And knowing them, I know they have said it to me with all the love in the world. So, friends, I apologize for using you as guinea pigs but I need to clear something up (that you should have already known):

And not to be arrogant about it, but they love me too.

Even excluding the most obvious and relevant example, my wife Kate, I have a long, extensive list of female friends, old flames, and family members who I am both incredibly close to and/or on extremely good terms with.

I treat the girls in my life well. Very well. Once I even went so far as to text every girl in my phone on Valentines Day – even if I hadn’t talked to some of them in years – that I hoped they had an amazing day, accompanied with a specific reason why I was happy to have known them.

So, I am not lying when I say I have never had an ex-girlfriend or girl I’ve dated ever complain about me being a bad guy or treating them badly. Ever.

In fact, the only types of women I’ve ever had a tough time respecting or liking are the superficial, gold-digger types and the ones who don’t even attempt to hide the fact that they hate men.

They sometimes are quick to insinuate I’m misogynistic.

But I should care, why?

I don’t hate women, I just hate them.

They support misandry. And they are just projecting their self-righteous sense of victimization and bigoted views onto me.

(Yes, I know a lot of guys screw up. And yes, I know they hurt a lot of girls along the way. But trust me – the door swings both ways. You can’t demonize or generalize a whole gender, ok?)

If those girls are out the picture, then who’s actually calling me a misogynist and why?

As for the reason “why,” trust me, at first I was confused about it as much as you. Women absolutely adore my blog posts and I get messages and emails pretty much every time I put one out telling me that to the effect (more than the men… hmm). So what’s the deal?

Mike Cernovich had an interesting theory about why men do this. This phenomenon is called “White Knighting” and “Status Signaling.” And while I think it is insightful and often – though not always – true (at least consciously), I believe there are some more basic things at play when men call me – in spite of the overwhelming evidence to the contrary – a misogynist.

I Have Different Views About Women Than Them (Does that make me a misogynist?)

I don’t know whether or not to call myself a feminist, because these days I have absolutely no clue what the word means. Not-so-subtly-concealed third-rate tabloid sites like Jezebel claim to be feminist but spend all day saying horrible, denigrating things about men (the comments section in particular is mortifying), while brilliant, impressive women like Camille Paglia and Christina Hoff Sommers have fought their whole lives for women’s equality but now find themselves diametrically opposed to the drivel that comes out of that publication (and elsewhere).

So which group is really feminist?

Frankly, I don’t know or care. All I can say is this:

I support equal rights and non-discrimination against women, and I wholeheartedly agree with the goals of first and second wave feminism to enfranchise and empower women legally and socially.

But I also don’t think that men and women are the same. I think, to be precise, that they are equivalent but not equal.

(of equal value but different, like cats vs dogs as companions for those of you who didn’t click on the link)

The truth is, biologically – not just culturally – in the aggregate, women want different things from their partners (and from their lives) than men. I’ve dated a lot of women, and even the ones that were totally empowered and professionally assertive ended up wanting to be treated in the relationship in the stereotypical way women have wanted to be treated by men.

I will follow up on this more in a later article, but to get to the point, I don’t think it’s sexist to say – for instance – that almost all women like their men to be strong, ambitious, and decisive. And if it is, then I don’t care.

I’d rather live in a bizarro world where I love, respect, have great sex with, and understand women but am considered a misogynist than one where they make no sense to me, we’re not attracted to each other, the sex – if it happens – sucks, and I resent them but I’m considered an “ally.”

I have been a “nice guy” who follows what women say and adjusts his life to them and I can tell you: women don’t like it. They don’t want their men to placate them, to follow their agenda at the expense of their own, and to hesitate and ask their approval before making any decisions.

They want their men to be men.

Even in the interesting cases where women are intellectually opposed to the idea of what I just said, their decisions of who they choose to sleep with and date prove me right.

And it’s the same, incidentally, for the men who are successful with women who also disagree with me.

How do I know? Because I know them and watch how they interact with women. I know they’re not pushovers, they’re ambitious, they don’t appease women, and that they do all this shit I just mentioned (and more). Regardless of how they feel about me talking about it and teaching other guys who need help to do it, they prove my point, and if I had the time or inclination I would record their interactions just to prove how ridiculous and hypocritical they’re being.

Anyway, whatever. All this newspeak is third-wave feminism, and it’s exactly the sort of stuff I can’t stand.

It’s wrong. Obviously wrong to someone who’s extensively studied, not just academically but experientially, human sexual dynamics.   And I can tell you with full honesty that it’s destructive to male-female relationships, because trying to socially condition women and men to act in ways that don’t actually make them fulfilled or attractive to the opposite sex is the prime reason everybody’s unhappy.

It’s not just Tinder or the economy that’s making everybody single and miserable. Sorry. Third-wave feminism is a big problem.

Which leads me to the final reason these guys attempt to shame and suppress me:

I Care More About Intention Than Language

There’s an epidemic going around where people seem to care more about what words are being used to describe something rather than the actual reality or truth the person using those words was trying to describe. The fear of using words or addressing topics that could offend someone has become so extreme, that in many cases, socially, you can’t actually talk about an issue because there are literally no words you can use to make your point without possibly causing someone offense.

So most people just don’t talk about them. Because most people are good, civil people who don’t want to cause anybody offense.

But here’s the thing.

This is a form of control.

It’s manipulation of your kind, empathetic side that doesn’t want to personally attack anyone or make anybody feel bad about themselves. And it stops you from intellectually or emotionally discussing things that are very serious and need to be addressed.

This sort of environment and it’s perils is described a lot in this important book. Which is why, among other reasons, I’ve recently taken such a hard, public line against it.

Still, what does all of this have to do with me and misogyny?

Unfortunately, people often seek to discredit my words despite understanding the truth behind what I’m trying to say.

And they do it to you, too.

You make a good-natured comment, but they tell you in fact you were being offensive, and try and make you feel guilty and ashamed.

You don’t owe them anything – least of all an apology. They may have been offended, but you weren’t being offensive, because you did not make the comment with the intention to offend. Being offended was their choice – not yours – and frankly, you are not responsible for it.

Here’s something I learned the hard way:

Most people who obsess upon your language and ignore your argument are just playing “gotcha” and trying to score social points. They do not have integrity (or sometimes, intelligence). They are not worth your time.

This doesn’t mean go out of your way to be an asshole. Don’t deliberately hurt people’s feelings, and if someone politely asks you to change how you address someone or something, consider it.

But remember: There are limits to civility. I wish I didn’t have to say this, but this is the world we live in today, and the journey from politeness to censorship is a slippery slope. Don’t let people use language policing to stop you from making your argument.

People of integrity care more about what you mean than how you communicate it.

I say a lot of amazing things about women. I talk about how much I love women all the time, and how men absolutely need to respect and cherish women if they want to have success in their dating guys.

So how can a guy then claim I’m a misogynist? Just because I say that women like their men to be leaders?

This post is already getting too long and I’ve said enough.

The question, “Is Pat Stedman A Misogynist?,” is a very personal one, and requires a significant amount of thought and analysis.

You decide for yourself.