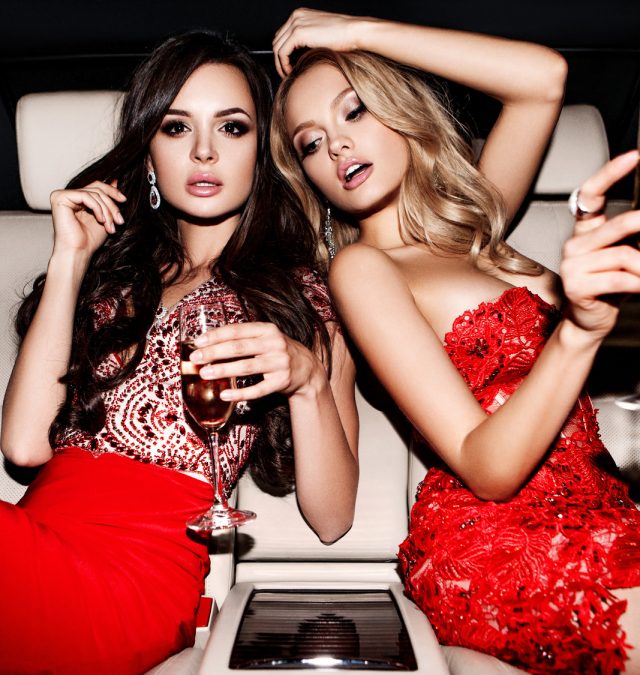 This past weekend I was at a beach bar with a couple of friends and Kate. It was Labor Day weekend and the place was packed, but fortunately, Kate and I managed to take control of a meant-to-be-decorative life guard stand, which not only provided us with seats but a perfect view of the whole venue.

Hoards of guys and girls were mingling, sometimes in mixed groups, but mostly – as is common at bars before people get drunk enough – just anxiously amongst themselves, eyeing but not interacting with the opposite sex. Nobody, as far as I could tell, was standing or sitting alone.

Except for one guy.

He was young, good-looking, and chilled-out, yet all by himself. He was wearing a “Make America Great Again” t-shirt and a hat (Donald Trump’s slogan, for you political neophytes). And most interestingly, he looked totally unconcerned about it all.

I pointed him out to Kate, not just because his outfit was the first of its kind I’d seen, but because I knew something intuitively about this guy. I knew, without question, despite him ostensibly being “out there” because he was wearing an unpopular outfit and hanging out by himself, that he was going to be a magnet for girls. She agreed. And so we watched (uncreepily, I promise) and waited.

It didn’t take us long to be vindicated. Sure enough, within a few minutes, two attractive girls came over to try and talk to him. They mentioned his outfit, and he smiled, amused yet confident. His vibe was a combination of flirty and disinterested. They couldn’t get enough of it. Yet he didn’t seem to be fazed. He was so up on his own shit at one point he even picked up his phone and got on a two minute phone call, to the obvious annoyance of the girls; but when he got off and began to talk to them again, they were more entranced than ever.

This guy clearly had some female-attracting superpowers. But what were they?

Well, a couple of things.

One – he was good-looking. Fair enough. And while looks don’t get or keep girls, they can be useful in getting girls to approach, so I can’t say that him being fit instead of obese didn’t help his case.

But two – and by far most importantly – he didn’t care what anybody thought about him.

The bar had tons of guys in it who were sitting with their friends, sipping their beers, nervously eyeing girls all around, wondering if anybody was judging them for not having any women in the picture.

He didn’t give two shits.

He oozed self-confidence and unselfconsciousness.

He even looked happy being alone.

And though his demeanor more than spoke for itself, the icing on the cake was that damn Trump outfit.

But more than all of that:

Defiance of anything whatsoever that tries to suppress you.

This guy was defiant.

So what makes them so attractive?

That’s a great question (which we’ll answer in a bit).

But the fact that this is even a question in the first place shows you the first reason why defiance is so attractive. Anyone who does what they are not expected to do is fundamentally different and hard to understand.

Which, by definition, makes them mysterious.

Mystery is attractive because people are naturally curious. We want to understand why people do things differently from us.

And this “desire to know” draws us in and makes us “attracted” to them.

Mystery is a trait many guys try desperately hard to cultivate by being coy, dropping hints of past adventures, or by keeping mostly silent and surprising girls randomly with interesting personal details.

But one of the best ways to be mysterious is simply to be defiant.

Because after all, everyone will wonder: why?

Let’s be real. This world is filled with phonies.

People lie about what they believe to be liked. People go along with the crowd to be accepted. People say what they think other people want to hear.

Everybody is trying so hard to impress everybody else, seeking status, praise, and acceptance, that someone who explicitly rejects the game of impressing people and owns himself will come across as disarmingly authentic.

And authenticity is not only a sign of trustworthiness.

(because if you’re authentic, you have nothing to hide)

And that will only make them appreciate you all the more.

Defiance isn’t easy, and neither is authenticity. It requires the ability to withstand the isolation, criticisms, and sometimes even the contempt of the crowd.

Which is why defiant people have to be strong, and confident in their ability to overcome.

Anybody who’s willing and able to take punches – verbally or physically – is the sort of person a girl knows she can rely on for protection. And getting hit like that, regardless of your background, is a pretty much guaranteed outcome if you’re defiant.

The truth is women, on a visceral level, crave for their men to stand up for themselves – not only because they want guys who go after and take what they want, but because they also want their men to be able to defend them, should they need it.

This is why girls are not attracted to someone who follows the crowd. They know that followers are expendable, the crowd is fickle, and that someone who is simply following another’s agenda without question doesn’t have any strength or power of his own.

What they want instead is a guy who sets the agenda himself.

Because although defiant individuals may not capture everybody’s imagination…

Big numbers or small, they always have followers. And they always inspire others – whether it’s to join them or fight against them.

Leaders polarize the people around them. They’re not lukewarm. And though that may get them enemies, it also gets them dedicated friends, allies, and perhaps most importantly for the purposes of this article, truly attracted and devoted women.

Conclusion: No, This Isn’t A Trump Endorsement.

Nor is it a Trump rejection, however. Trump’s an interesting guy.

Trump has been incredibly successful throughout his life – both in real estate, show business, as well as in romance, having dated some of the most attractive and impressive girls in the world.

Even today, as of this writing he leads the Republican Primary with nearly double the votes of the next candidate – particularly among women – despite acting like an asshole and saying numerous controversial, offensive things to people (especially women, ironically).

Because like Trump’s acolyte at the bar I mentioned in the beginning, Trump just doesn’t care about being liked.

What he cares about is being respected.

About not being suppressed. About being given the space to do and live and speak the way he wants on his own terms.

Which is why, if anybody knows the history of Trump, even when he knows he’ll lose money in a lawsuit or risk his reputation getting into a public feud, he fights.

For him, respect is the be all end all.

And, his style aside, at the core of it all he’s right.

Because while you can have respect without love, in the long term, you can’t have love without respect.

There are friends who used to be in my life who I still love, but who I finally just stopped respecting. So I had the let them go.

Love wasn’t enough. “Liking” them certainly wasn’t. In the end, it all came down to respect.

Which brings up an important lesson here dear readers:

Respect is the only thing you should ever demand from someone else.

It often does. Surprisingly.

And in the cases that it doesn’t, at the very least your enemies will know they can’t walk over you; such is the power of a little fear.

So my little drooglings, take heed.

This is why trying to get a girl to “like” you fails, while expressing your desires and accepting the possibility of rejection works more often than you’d think.

You never win in the former because in the end she will always lose respect for you. And so love, if it ever occurs, will never last.

… you won’t get every girl…

…but you will get far more than you think. 😉

So be confident. Be brave.

But most of all, be defiant.

And become that man who lives the life he wants and gets the girls he chooses.