If You Build It, They Will Tear It Down 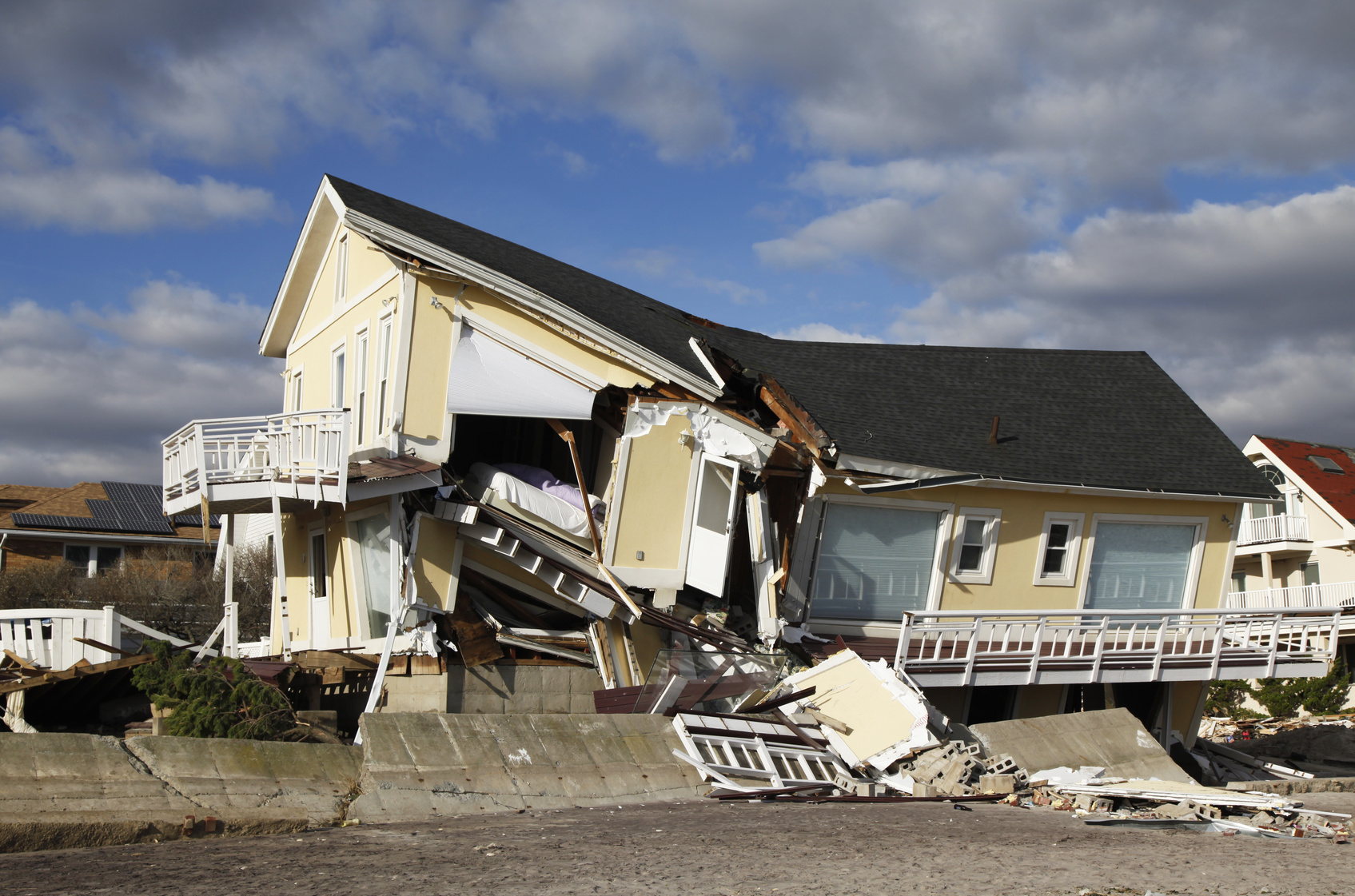 WHAT HAPPENS WHEN YOU DON’T FOCUS ON PROCESS?

The other weekend I built a sandcastle.

As some of you may know, building a sandcastle is one of my favorite things to do.  It’s physical, meditative, and artistic, and for me, also filled with nostalgia. I grew up helping my dad and uncle build sandcastles and cathedrals, and learned under them the nuance of the craft.  It remains to this day one of the biggest ways my uncle and I (my dad is “retired”) bond to this day, and one of the top things I look forward to every summer.

Building a sandcastle takes about one to two hours, depending on the castle size and how many people are putting in the labor.  Sometimes others in the family help, but in this case it was just my uncle and me, and from start to finish this above-average sized creation took about an hour and half.  Easily a third of that time was spent on meticulous details; especially difficult was trying to get a series of towers and tunnels along the side of the castle without causing the main edifice to crumble down.  But with time and patience we accomplished it.

Normally I’d have a picture of it all to show you what I mean.

Not this time, unfortunately.

Because just after I finished the castle and all that painstaking exterior work, while I was washing myself off in the ocean a bunch of kids ran up to the castle destroyed the entire thing.

I saw it happen from the water, and watched my uncle futilely run over to tell them off, but the deed was done.  What took 90 minutes to build was destroyed in less than one.

Part of me wishes I could tell you yes, because that would seem to be the natural response.

Yes, I was disappointed in the kids, who seemed from previous conversations to be fans rather than foes of our creation.  And, yes, I was a bit incredulous that – enemy or not – they destroyed it so quickly and right in front of us.

In the end sandcastles always get destroyed.

I remember as a kid my cousin and I would put our boogie boards around our sandcastles in a futile, exasperated attempt to protect it from the incoming tides and waves.

And it’s not just sandcastles.

Let that sink in for a second.

How does that make you feel?  Angry?  Depressed?  Annoyed?  Afraid?

I understand.  Most people when they hear about the transient nature of their existence have all sorts of emotions come up trying to reject it.  Not because they don’t think it’s true – intellectually everyone knows it is – but because talking about it undermines the number one thing they’ve probably spent their life seeking:

Unfortunately, here’s the thing about security though:

I was having an excellent talk with Sam Hershberger the other day about security, and as he so eloquently put it, “we are hurtling through freezing cold, lifeless space at hundreds of thousands of miles per hour around a ball of fire that would incinerate us if we got even remotely close to it.  Security is an illusion.”

Because all this shit you’re holding onto is what’s making you suffer.

Once you realize you can’t hold on to anything, you can finally start to let go of everything.

It means the opposite.

Accept that the second anything comes into your life, it’s only a matter of time before you will say goodbye to it.  So love the fuck out of it while you’ve got it.  As Horace (no, not Proximo) put it millennia ago, “Pulvis et umbra sumus” – we are dust and shadows.  And those after us will be as well.

I know – it sucks.  But don’t resist it.  It’s got to happen that way.  If nothing died, nothing would be born.  How could I build future sandcastles on our beach if the scores of other ones I built hadn’t washed away?  I couldn’t.  There would be no space.  Destruction is necessary for creation. Indeed, we are the remains of stars and untold numbers of creatures: their end was our beginning.  And there’s a certain beauty in that.

So that was the first reason I was ok with my sandcastle getting destroyed.  Sort of.

In truth, it was more like the second reason.  It was a reflection on the destruction; a way of rationalizing the fact that this pretty cool thing I made was just wrecked.  It was logical.  “The tide was going to wash it out anyway, right?  It is what it is.”

Maybe it made me feel a little bit at peace, but it wasn’t the main thing making it ok.

You know what was?

The reason I built the sandcastle in the first place:

Because I enjoy it.

Yeah, it’s cool to have a sandcastle on the beach.  I like looking at the finished project and basking in the fruits of my labor.

But I don’t really build sandcastles to look at them.  That would make building them a chore.  I build them because the act of building them feels amazing.

And whether it’s the kids or the waves, I don’t worry about them crumbling because I can always make another one.

Incidentally, when people say “its about the journey, not the destination,” this is what they’re talking about.  Happiness comes from the process of creating something, not the outcome of its creation.  The outcome is a trap, something that if we hold on to too tightly will cause us nothing but disappointment and pain.

We know this, of course.  But we forget it all the time.  And it ruins our lives.

We want to have a hot, awesome girlfriend but we hate the prospect of an attractive girl rejecting us.

We want to have a successful, world changing company but we hate the work of building it from scratch.

We want that fit, modelesque body but we hate the effort required to exert ourselves at the gym.

We hate the process and idealize the outcome.  We get the damn thing backwards.

I hope you’re picking up my sarcasm 😉

This life of spectatorship promises pleasure but only indulges fear.  It is a life of distraction and unfulfilled existence that leads people to curse and cry on their deathbeds that they wished they had done something with their lives.  It is a journey to one and only one place: purgatory.

Many people fall into this trap.  Yet not all do.  What sets these “suffering achievers” apart from the short-term reward seekers?

Part of it is willpower, for certain.  Achievers know they need to push through when they aren’t inspired, and they don’t give up.

But that’s not the game changer.  The game changer is that the achievers aren’t actually suffering. They love the journey.  What normal people call a struggle, they call an adventure.

Of course, they want to see their vision come to fruition.  But the process of getting there is what keeps them in the game.   Like the famous dog, chasing the car’s the real fun, not catching it.

But whatever you do, don’t get defined by it.  Goals are by their very nature arbitrary – you can always aim higher or differently.  If you put too much identity into them you can wreck your self-esteem by telling yourself if you don’t achieve x by the time of y you’re a loser.  Goals, when used correctly, are not ends of themselves; they are simply tools to help us commit to the process – the real thing that makes us happy.

Assuming your goal is actually what you want, if you’re having a hard time sticking with it, the problem may be that you just haven’t learned to love the journey of getting to your goal as much as the goal itself.

Your frame is inside out.  You care too much about the sandcastle and not enough about building it. Too much focus on outcome, not enough on process.

The awkward approaches and fumbled conversations with girls can either be funny or embarrassing.

The setbacks in your business can either be lessons or failures.

The workout at the gym can either be invigorating or torture.

But I’ll tell you this – embracing and enjoying the process is a hell of a lot easier than rejecting it.

Because the process is ultimately your life.  You are not a handful of outcomes, you’re everything in between.

Make it all have meaning.

Build your sandcastle.  Watch it get destroyed.  Build it all over again.

That’s why we’re here – to live, and the act of living is a process.

And we’re not here for long, so hurry up.