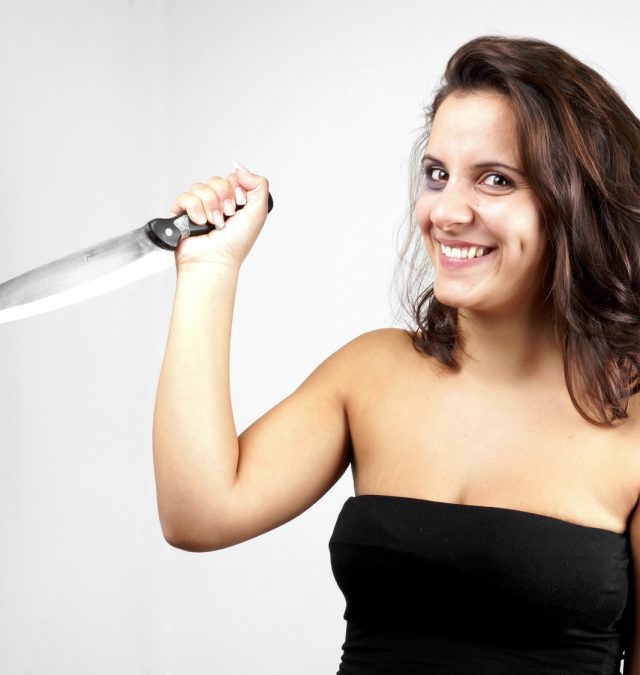 I was talking to a friend the other week about men and women (incidentally one of my favorite topics), when the conversation took a turn towards the idea of “sensitivity.”

If you’ve been following the “great war of the sexes” as I have been, you’d know that sensitivity is, well, a very sensitive subject. One of the biggest complaints women have about men is that they’re too sensitive; that they are constantly focusing on their emotions, that they are unable to handle women’s emotions, and that they indulge in temper tantrums like “children.”

Unfortunately, one of the biggest complaints women also have about men is that they’re not sensitive enough; that they’re cold, that they’re shut down emotionally, that they make women feel like they’re crazy for feeling how they do.

An excellent question, my friend.

But make sense it does.

Let me ask you: if I said something to you in French and you didn’t speak French, was what I was saying nonsense?

Maybe it felt that way to you. But to someone fluent in la langue francaise, what I’m saying is both completely clear and obvious.

So it is with woman-speak. It’s not that it’s crazy, it’s just that you don’t understand it.

I guess it’s time to learn 😉

But first: I want to clear something up about us men. We looooovvveee to talk about women and their contradictions, and enjoy claiming how men are so simple compared to them.

For instance, let’s take a look at this very topic we’re discussing: sensitivity.

Ironically, for most men that word is a massive – um – emotional trigger. Being “emotional” is a sign of weakness; a indication of a lack of control. Indeed, it’s such an “unmanly” thing to be emotional that many men completely shut their emotions down to keep themselves looking composed and, of course, “masculine.”

Unfortunately, this tends to have some unintended consequences.

Because men are so used to “shutting down” and shaming their own emotions, they act the same way towards women’s. If a woman’s upset about something, she needs to “act rational,” “stop being crazy,” “relax,” and so on.

And if she doesn’t?

This is where things get really hilarious.

The man acts out emotionally himself.

All of a sudden, this “guys are distant but guys are reactive” thing makes a lot of sense, doesn’t it? 😉

I know. It’s not fair. “She drew it out of me! She can act emotional and reactive as much as she wants, but what, I’m just supposed to deal with it?”

That, my friend, is up to you. I didn’t say you need to tolerate an insane person. I don’t know your situation, your woman, your preference, your own level of patience, etc. The world is shades of grey, not black and white, and everyone has their own sliding scale of what they’re willing to deal with. Women too have an obligation to consider how they treat those around them, and I am by no means abdicating any of responsibility on their end for how they act.

But I will say this:

Every woman does this shit.

Every woman wants their man to be able to handle it.

So you can sit around and complain that women act crazy and they don’t handle their emotions and “omg why won’t she just shut the fuck up” and maybe even consider being gay (though I hear many gay men are just the same).

You can smile. You can break her mood with your humor. You can comfort her. You can listen to her. You can give her space. All are good tools of the trade.

So long as you stop trying to fix her and what she’s feeling.

Unfortunately we men love fixing things. But with women, that’s a big problem because your woman doesn’t want to be fixed, she wants to be understood.

And she doesn’t really care about how you feel about that.

This is a problem in particular for guys today because of a single, amazing thing that we completely take for granted:

Our mothers were fucking awesome to us.

They tolerated our moods, let us act out, coddled us, gave us what we wanted, and most of all made us feel like we were incredibly special and deserving of everything we wanted.

And they did this for way longer than mothers used to, so we got used to the idea that the woman in our life should do these things for us too.

Now, this doesn’t mean that a woman won’t or shouldn’t do nice things for you. That is absolutely not the case.

But your woman is not your mom.

As a kid you looked to your mom for strength and protection. Your woman looks to you for that.

What too many men do today is pretend to be masculine by ignoring or shaming women for expressing their emotions – being above the fray so to speak – but also lash out because they feel like they are entitled to not have to deal with it.

And it’s not just the combination for women that’s bad. Even if you’re completely composed while she’s in one of her moods, it doesn’t mean that you’re handling your relationship with her well if you’re making her feel like she’s fucked up for how she feels.

(even if they are being it a little bit)

And telling her she is is a sure fire way to make her turn her crazy up a notch.

What women want is to feel loved. Accepted. And most importantly: safe.

All women want is for their man to empathize with what they’re feeling and to be strong enough to be with them through it. Yes, even when that feeling makes said women act crazy.

And if you think about it for a second it makes perfect sense. If you can’t handle her moods, what can you handle? If she can throw you off that easily, what else will throw you off? If you won’t love and accept her, who will?

This is the shit that shows a woman whether she can trust you, not just with her life, but with her heart. And she will always be screening you to make sure you are worthy.

Does it suck? Sometimes. But if you want to learn to be amazing with women, learn to love it. And moreover learn to accept that it is a struggle you will never win. It sounds crazy, but it is the dance of polarity, and that it is a life long practice.

I promise you, if you can show up for your woman in this way, everything in your romantic life will change.