How I Know You’re A Cheater 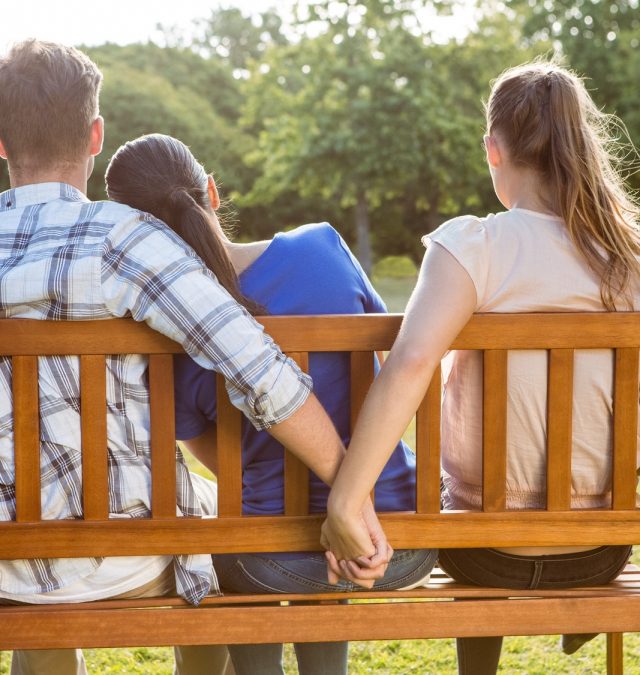 HOW I KNOW YOU’RE A CHEATER

I yelled exasperated, taking it all in.  I stood outside a cab in the outskirts of Buenos Aires, suit soaked in the hot, Argentine summer rain.

Maria gave me a malicious smirk and cozied up closer to my friend.

“Come inside and dance with us!”  She laughed, kissing him on the neck.

Her vindication had been a long time coming.  I broke things off with her months ago to go out with my then-current girlfriend.  And now I had been stupid enough to stay at her house and let her take me and my friend to a club an insane 30 minutes outside of the city.

Instinct would tell you this could only end badly.  But I had deluded myself into thinking that because she had been indifferent to him all night I wasn’t actually going to be third-wheeled. I fell for it, hook, line, and sinker.  With no other plans and no extra key to her place I was stranded; forced to “enjoy” the sight of them fornicating on the dance floor, a mere hours d’oeuvre to them taking it all the way hours later in her apartment next to me.

A word to the wise: Never fuck with a Latina girl.

I sighed.  My trip across South America had been from the beginning insult to injury; a far cry from the getaway I had planned.  This was simply the latest dish.

A week into my trip, that same girlfriend Maria was destroying my evening over sprung on me via gchat that she couldn’t have premarital sex anymore due to a “revelation from God.”  As we fought in internet cafes the next couple of weeks over theology and she proceeded to get closer and closer to a new guy (just a friend, of course, who – spoiler alert – she would date the day after we broke up), I sensed this chapter of my life was closing.  Yet here I was, five weeks later, still her boyfriend, unable to pull the trigger.

I was naive, guilty, and had probably been staying in Latin America too long where love is equated with suffering.

But I was also on the verge of mental collapse.

And the last thing I needed was to see one of my exes screw my best friend.

So I jumped in that expensive cab back to the city, took in with a twinge of satisfaction Maria’s wide-eyed indignation at having her plan foiled, and gradually took in my new predicament:

Most of my friends had left Buenos Aires and the remaining ones in my crappy, Argentine burner-phone were either busy or not picking up.  Only two names remained to salvage the night: Charles and Carla.

I had hesitated on calling Charles.  Charles was a coked-out Quebecois ex-pat; a once smart guy who had fried his brain.  Ostensibly interesting, he was impossible to talk to because he couldn’t keep a train of thought.  But good old Charles was going to a party that night.  Due to his mental impairments I couldn’t rely on him for company, but he had at least given me a place to go.

Which left Carla.  I had hesitated on calling her too, but for different reasons: we had always had some romantic tension.  And even though nothing had ever happened between us, tonight wasn’t really the night to put myself in a situation with her, considering my crazy girlfriend across the sea was making every day a living hell and my crazy ex across the city was (probably) banging my friend on top of my suitcase.

I thought about it for about 30 seconds.  Fuck it, I was desperate.

I called Carla up.

I expected and half-hoped that she wouldn’t be able to make it to spare me the dilemma.  But when to my surprise she actually showed up 15 minutes later she instantly became my hero, the only person who actually gave two shits about me in this god forsaken city.

Later, when we were at the party and everyone except us was falling over themselves on drugs and Charles could only look at me crosseyed, we laughed together like co-conspirators having the time of our lives.

Sometime around 3 AM the laughter died down and I looked into her eyes.  She looked into mine.

I knew I had a decision to make.

Swirling across my mind was a sea of emotions.

I hated my girlfriend for ruining my trip with her bullshit.  I hated Maria for being evil and my friend for being so inconsiderate of me.  I hated Buenos Aires for going from feeling like home to an alien, dystopian swamp.  I even hated Charles, despite him agreeing to house me that night, for being such a dumb, waste of life.

The only thing I didn’t hate was Carla, who had made the night go from a tragedy to one of the most exciting of my life.

The tension was palpable.  Would I become a cheater? She was waiting for me to make a move.

I opened my mouth:

She smiled, sadly but understandingly, gave me a hug, and picked up her things and left.

Yes, I avoided cheating.  But no, my little drooglings, I am no saint.

A stronger man would have known that avoiding temptation, not fighting against it, is the biggest, most important way to maintain your integrity.  And that night I came very close to the fire.

But I did have something up my sleeve that night that made sure, despite the extraordinarily tempting circumstances, I wouldn’t become a cheater and fall by the wayside:

I don’t cheat because of me, not my girlfriend.

Most people, when they talk about themselves and cheating, say things like the following:

“I would never want to hurt her.”

“It would kill her if she found out.”

Whenever I hear these things I immediately make this face:

Because I know – even if they don’t – that I’ve identified an if not once then future cheater.

Sometimes in relationships you just don’t give a shit about the other person.

Maybe you had a big fight.

Maybe she did something totally fucked up to you.

Maybe you’re really just a spoiled little brat and you didn’t get what you want.

The reason is irrelevant.  The point is your ego is triggered and it’s become “you time.”  Which, of course, is all about you.  What you want.  What you deserve.  What you need.

And in “you time” – especially protracted “you time” like when you’re harboring resentment towards someone – your positive feelings about your partner from a couple months ago aren’t going to make a bit of difference when the opportunity presents itself to cheat without getting caught.

The only thing that will is if not cheating matters to you.

Who you are.  What sort of person you see yourself as being.

Sure, empathy can help.  My abundant love for my fiancee makes it easy to not cheat.  But even though our relationship is incredible there are some times when she drives me absolutely crazy.

(Raise your hand if you know what I’m talking about.)

You can’t just rely on how you feel about them.

And I care a lot about that, because the most important thing to me always is growing my love for myself.

It really has nothing to do with her.

Is it the same for you?

Because my children, this ain’t just about cheating.

Anytime you take the focus off of “doing it for you” and put it on “getting this from her” (yes, that includes placating in a relationship) know you’re probably going to fuck it up.

Buy flowers for a girl cause you think maybe then she’ll like you? See you later (creepy) alligator.

Buy flowers for a girl because you want to give her flowers?  Sploosh.

If Guy A somehow gets a girlfriend and brings that same mindset to his relationship – i.e., he won’t cheat because he’s obligated to, it would hurt her – then the only thing that will probably ever hold him back from becoming a cheater is fear.  Should the opportunity present itself and he’s feeling slighted by his girlfriend, chances are he’s not staying loyal – he’ll become a cheater.

Look, I know some of you reading this may have cheated.  And this article isn’t to shame you.  We’ve all done things we’re not proud of.  You deserve forgiveness and the ability to move on.

But realize that the decision to cheat is never about her, it’s about you.

I hope you choose wisely.

For others, but most importantly for yourself. Cause that’s all that really matters.

PS Special thanks to my niece for being pissed about having to make cupcakes and providing the photo.  Love you Beatrice, don’t ever become a cheater!